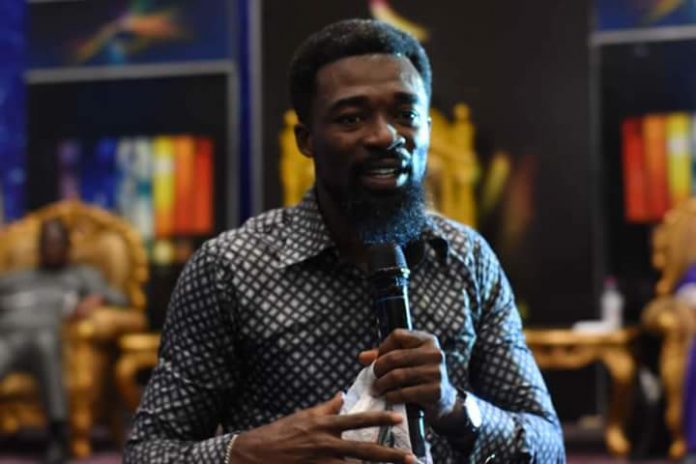 A Kumasi-based Prophet, Randolph Oduro Gyebi, a.k.a Eagle Prophet, has been captured on camera recklessly endangering the lives of pedestrians at Adum in the Kumasi Central Business District.

The outspoken Prophet was captured on GHone Camera busily throwing cash in the air and in the process, endangering the lives of many people particularly the youth who rushed on him to have their share of the money he was busy throwing in the air.

The act of the General Overseer of God’s Crown Chapel, created a chaotic scene and nearly caused a vehicular accident at Adum when the traders chased him for their share of the free money.

Some of the phone dealers in front of Adum Melcom branch had to jump on his open-top vehicle while driving in order to get their share of the money.

Traders at Adum and other beneficiaries of Eagle Prophet’s free money told GHone News Isaac Justice Bediako that this was not the first he’s was exhibiting such ostentation.