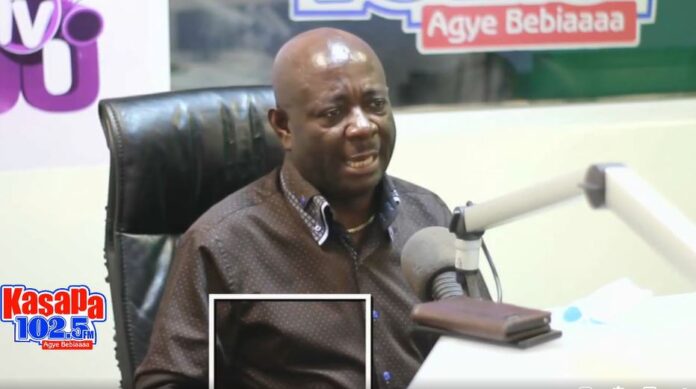 The Founder and Leader of the United Progressive Party(UPP) Akwasi Addai Odike says the people of the Ashanti Region are oblivious of the importance of voting for a party during general elections.

According to him, his fellow Ashantis continue to vote massively for the governing New Patriotic Party(NPP) not because they want that party to come to power and develop the area but simply because they hate the alternative party, the National Democratic Congress (NDC) and does not want it to come to power.

“Our people in the Ashanti Region, what they vote for, they don’t understand. Instead of voting for development, they rather vote as though the NDC party is their rival. The vote to teach the NDC a lesson that they will never let the party come to power, that’s their mindset and it’s the reality. So when the NPP is in power, they know that they already have a huge number of votes in their basket when it comes to elections so the party is not pushed to develop the Ashanti Region. They know no matter what, Ashantis will vote massively for them even if they don’t develop the region. These are some of the factors that have slowed development in Ashanti Region.

“Somebody can even meet you and question you why you are an NDC member or supporter when you’re an Ashanti. They simply tell you once you are an Akan the party you should support is NPP. Just voting to defeat the NDC in an election is the objective of most of the people in the Ashanti Regin and not because they vote to ensure development.”