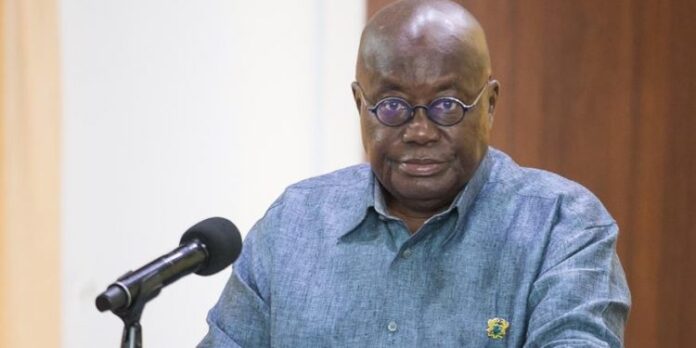 Chairperson and Leader of CPP, Nana Akosua Frimpomaa Sarpong Kumankuma says President Akufo-Addo should move beyond the rhetorics and be guided by strong political will in fighting corruption.

“He’s not done much to curb it when it comes to the widespread corruption in the country, Nana Sarpong Kumankuma reiterated.

“Let people be held accountable,” she stressed adding that the CPP’s alternative in fighting corruption will be a new level of exacting accountability.

“We’ll use technological drive to register properties and assets in the country. If we come to power we’ll ensure that within a year all properties would be registered in Ghana. People’s salaries don’t commensurate with the kind of properties they’re acquiring and nobody seems to question that. It’s a straightforward thing, Let people show you how they got their monies,” she said.

President Akufo-Addo’s credibility to protect the public purse and fight corruption has waned greatly among majority of Ghanaians, a survey conducted by the Center for Democratic Development (CDD) has revealed.

The post-election research conducted by the Centre for Democratic Development (CDD-Ghana) said President Akufo-Addo will not be able to curb corruption and impunity in his second term.

The survey conducted between May 23 and June 3, 2021, indicates 62% of respondents lack confidence in President Akufo-Addo “to protect the country’s financial resources and curb corruption in the next four years.” 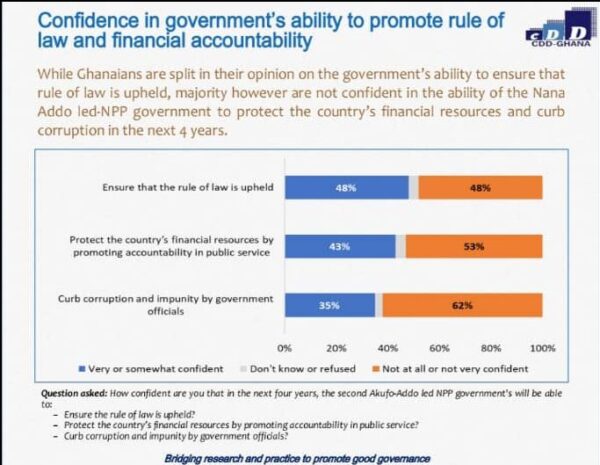 The survey spanned across all the 16 regions in the country with 2,400 adults respondents.

Meanwhile, the opposition NDC claims that  President Akufo-Addo has emboldened thievery in his government.