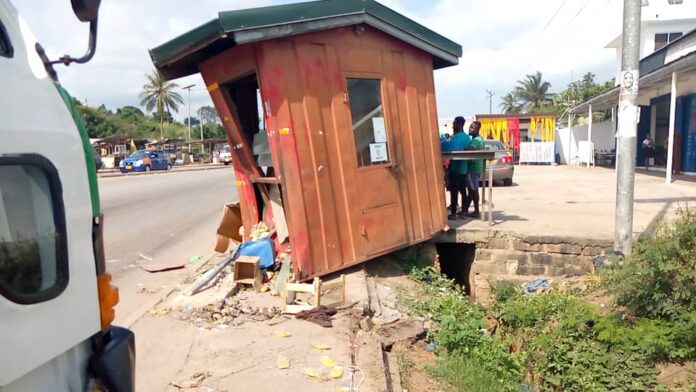 Five hawkers and a toll booth operator are in critical condition after a Kia Truck with registration number GE 6490-16 run over them at Moree in the Abura Asebu Kwamankese District of the Central Region.

The accident occurred Sunday, September 12 afternoon around 1:00 PM after the driver failed brakes.

According to eyewitnesses, the driver who was heading towards Assin Praso from Elmina upon reaching the Moree tollbooth veered off the road and run over the street hawkers and a physically challenged toll booth operator leaving both legs of a breastfeeding hawker broken into pieces.

They said, the driver tried to reduce the speed of the truck by resorting to low gears but it failed due to the heavy load the truck was carrying and in the process collided with two cars. 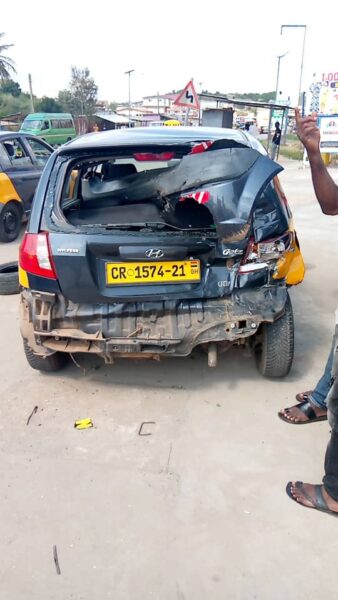 Police and Fire Service officers from Cape Coast proceeded to the scene to control the heavy traffic that was building up.

The victims were rushed to the Cape Coast Teaching Hospital for treatment.

The Cape Coast Police have commenced an investigation into the accident.