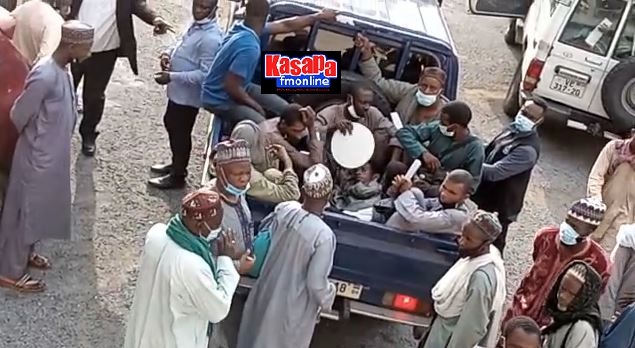 The Fulani Community in Ghana has raised concerns about the maltreatment being meted out to its members following an armed robbery attack leading to the death of one person.

On Tuesday, Sept 14, 2021 a robbery attack on Fulanis at Lamtei, a suburb of Nsawam saw some Fulani caretakers tied to a rope including a married woman who was raped.

Mr Yakubu Musah Barry, the General Secretary of Tabital Pulaaku International Ghana-Chapter in a statement released on Monday, September 20, berated the media for ignoring the heinous crime against Fulanis calling for equal treatment for the Fulani man anytime they’re at the receiving ends of attacks.

He however sounded a warning to the Fulanis to shy away from all forms of criminalities.

“We also sounding a strong warning to our people to desist from all forms of criminalities since we are not ready to shield any perpetrator who is victimized by the law.”

Equal treatment is what we seek

We are here once again to bring to your attention a very bad phenomenon prevailing in the Ghanaian society.

As an association, we condemn any form of criminalities and indiscipline from our people (Fulanis) or any other tribe across Ghana since it breeds insecurity and hinders development.

We also sounding a strong warning to our people to desist from all forms of criminalities since we are not ready to shield any perpetrator who is victimized by the law.

We encourage our people to take advantage of government of Ghana flagship interventions and policies for the betterment of their lives as citizens.

We seized the opportunity to appeal to the media to carry out equal reportage on committed against Fulanis as Well.

We are always quick to announce purported crimes committed by Fulanis. In fact it is done with super speed even with very little information.

However, when violent acts are perpetrated on Fulanis, they almost go unnoticed because the media seem uninterested.

The security personnel also assume different posture if crime is committed against the Fulanis.

It is sad, very sad that we as Fulanis and citizens of this country are discriminated against in an open and glaring manner.

Certain persons commit crimes against Fulanis with impunity because they know with a high degree of certainty that they would go unpunished.

We are tired, exasperated, and exhausted from making noise for our voices to be heard.

All we seek, is a fair or equal treatment. An equal opportunity to help achieve the progress Ghanaian needs.

Recently in Lamtei, a surburb of Nsawam in the Eastern Region, a young Fulani gentleman, Haruna Mahmoud a caretaker of livestock for one Mr. Michael Sosa, died under very mysterious circumstances.

In the discharge of his duties as a caretaker, he was attacked by robbers and his brother who also doubles as his assistant, witnessed his wife, Miss Somai, raped. Yet his employer, the aforementioned Mr. Sosa accused Haruna of masterminding the attack.

He detained Haruna and subjected him to torture for two days and later took him to the Amasaman Clinic in critical condition from where the young man was referred to the Korle-Bu Teaching Hospital.

When Mr. Sosa was questioned, he claimed the young Fulani man, Haruna, had drunk poison. The whole incident sounded suspicious due to the circumstances surrounding the young man’s death.

We are calling on the police to investigate the matter thoroughly and give us justice.

We are pleading with the media to give equal attention to issues affecting the wellbeing of our people.

The Tabital Pulaaku remain committed to ensuring the welfare of all Fulanis and also advocating the successful coexistence of Fulanis and other tribes.

All this tribal shenanigans must cease. All lives matter.