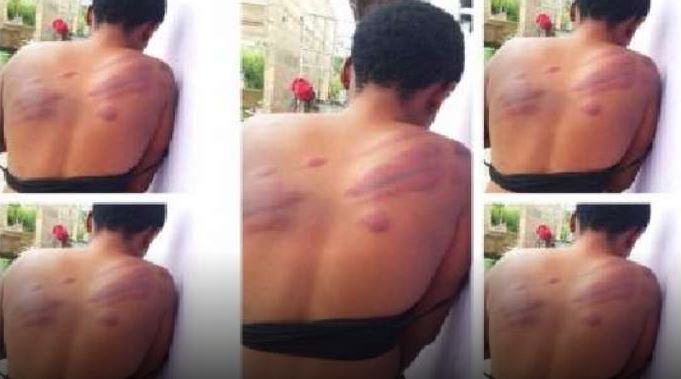 The Headmaster of Jachie-Pramso Senior High School in the Ashanti Region, Francis Donkor has been interdicted by the Ghana Education Service (GES) effective September 7, 2021, for mercilessly caning a female student.

He has been directed to hand over the Administration and Management of the school to the Ashanti Regional Director of Education.

The move, according to the GES is to allow for an extensive investigation into the matter.

The Headmaster was reportedly angry that Mary gave her jacket to a male student who had been instructed by the Head to go to the dormitory bare-chested to wear the school’s uniform.

According to Mary, she later gave her jacket to the said student to wear after the Headmaster had left with the student’s unprescribed shirt.

The headmaster, according to the girl, later saw the boy wearing a jacket when he (the student) was on his way to the dormitory to wear the school’s uniform.

The incensed Headmaster then decided to teach Mary a lesson for the show of ‘disrespect’, by beating her mercilessly leaving her with severe bruises on Mary’s back.

Confirming the interdiction to Kasapa News, the Public Relations Officer of the Ministry of Education, Kwasi Kwarteng, said the Ashanti Regional GES directorate has commenced investigation into the matter and will apply the needed sanction if need be.