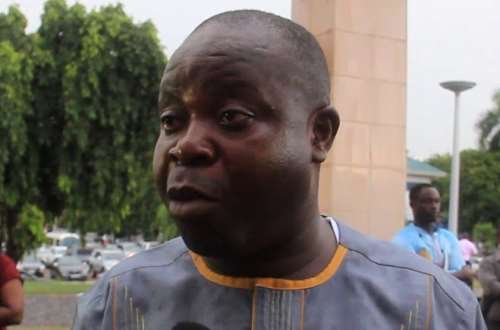 The Sports Ministry has said Ghana needs a coach who is very determined to qualify the Black-Stars into the World Cup competition.

This follows the decision to part ways with Charles Kwablan Akonnor on Monday.

Speaking on Nkawkaw based Agoo FM; Kofi Asare Brako (Abatay) Special Aide to the Sports Minister indicated that the decision to part way with the coach is a step in the right direction looking at his record of numbers of matches played.

According to him, “White or Black Coach, we need someone who can qualify Ghana to the World Cup and in the space of qualification can also take us to AFCON so we need a coach who can turn things around on the pitch.”

He noted that some local coaches are very good and made reference to two local coaches in Algeria and Senegal who took their National teams to AFCON finals, adding that Ghanaians should allow those in charge to give us a coach who can qualify Ghana to the world cup.

The Executive Council of the Ghana Football Association has terminated the appointment of Black Stars Coach Charles Akonnor and his two Assistants with immediate effect.

This follows the receipt of the Technical Report from the Head Coach of the Senior National Team and the report from the Black Stars Management Committee following Ghana’s Group G World Cup qualifying matches against Ethiopia and South Africa.

The Executive Council after considering the two reports have decided to terminate its relationship with Head Coach C. K Akonnor and the two Assistants.

The Executive Council has formed a three (3) Member Committee made up of Vice President Mark Addo, Upper East Regional Football Association Chairman, Alhaji Salifu Zida, and Dr. Randy Abbey to find a Head Coach and Assistant Coaches for the Black Stars within the next 72 hours.