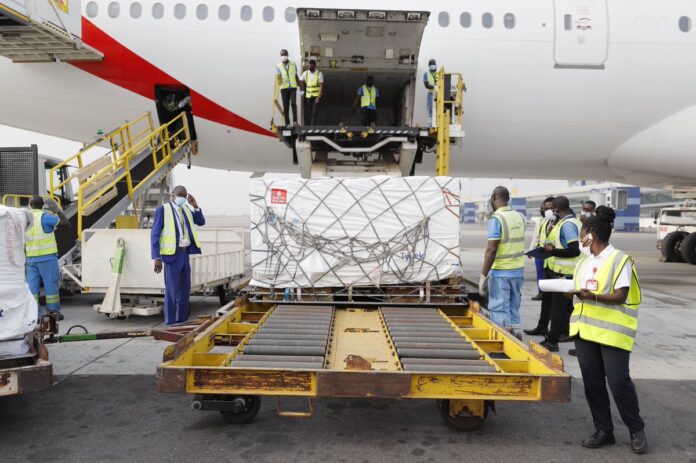 The Director-General of the Ghana Health Service Dr. Patrick Kumah Aboagye has revealed that Service has taken delivery of a total of about 3.2 million doses of AstraZeneca vaccines with another 1.5 million doses arriving in the country on Saturday from Germany.

This brings the total number of vaccines received so far to nearly 5 million doses of vaccines.

Speaking at a media briefing on Sunday, Dr. Patrick Kumah Aboagye intimated that a total of 1.6 million doses of vaccines has been administered across the country with the majority representing 89% of the vaccines being AstraZeneca, followed by Johnson and Johnson 10% and 1% Sputnik V vaccine.

He further stated that a total of about 800,000 people have been fully vaccinated with 1 million 27 thousand people receiving one dose.

Dr. Patrick Kumah Aboagye also hinted that the country is expected to take delivery of some more vaccines in the coming weeks.

He also called on the general public to sustain the improved vaccine coverage across the country and adherence efforts especially at workplaces and further reiterated the need to get vaccinated as the number of cases continues to decline.