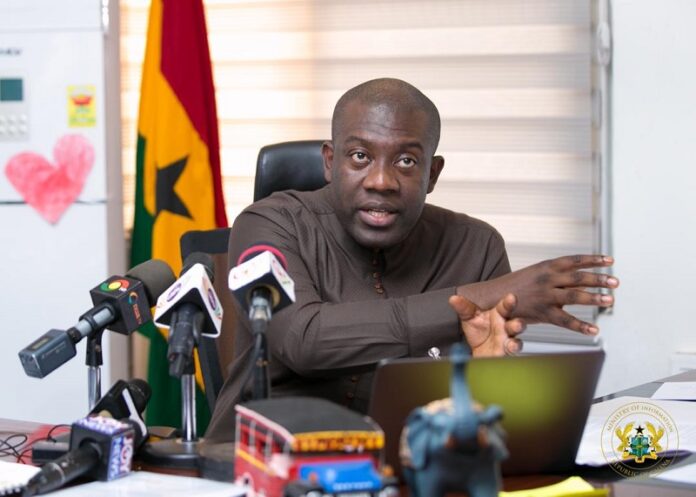 Government has announced plans to assign Spokespersons and Press Secretaries to the Metropolitan Municipal District Chief Executives across the country.

According to the information minister Kojo Oppong Nkrumah, this will enable MMDCEs to focus on their business and moreover help them to give out the necessary information to the general public whenever it is necessary.

The information minister made this known when he met journalists in the Eastern Region as part of his media tour across the country.

He was addressing concerns about the challenges Journalists go through whenever they need some information from the Assembly making their jobs difficult.

“We are working to ensure that they can have PROs/Spokespersons and Press Secretaries who can engage you more. Even the president himself is leading the work and I am the one who is traveling from Takoradi to Ho, Cape Coast, Oti Region to Koforidua so I can engage you. The same way the mayor, the MMDCE is doing a number of things, occasionally he may be able to speak to you but we must help him by getting him a press secretary or spokesperson who can on regular basis be responding to you,” the Information minister who doubles as the Member of Parliament for Ofoase Ayirebi said.