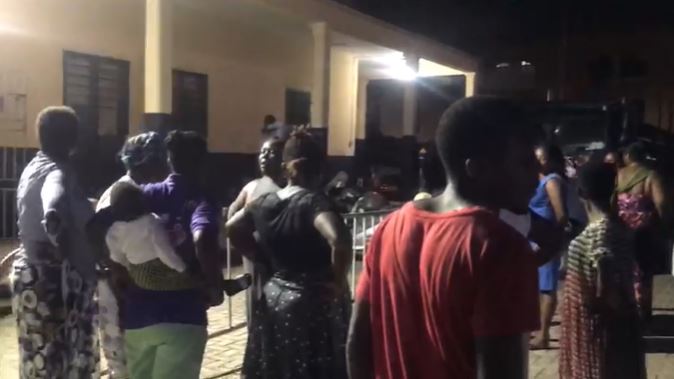 The Takoradi Divisional Police Command in the Western Region has arrested and detained Josephine Panyin Mensah Simons for allegedly faking her kidnapping and pregnancy.

She was discharged from the Effia-Nkwanta hospital Friday evening after she confessed to a team of medical and investigating officers that she lied about her kidnapping and pregnancy.

At the time of filing this report, the mother, and husband were before a team of police CID’s who were interrogating them.

Several family relations and neighbors who are still in a state of disbelief were at the Takoradi central police to support the family.