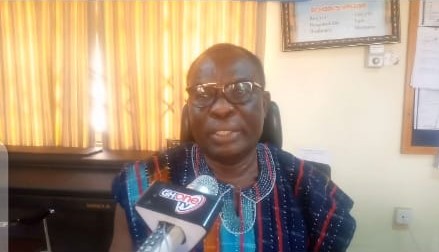 The Headmaster of St. John’s Grammar School in Achimota, Dr. Edmund Fianu has disclosed that over 4228 students use dining tables and chairs in their various classrooms due to lack of School Furniture.

According to him, the huge student population has made the few available desks inadequate for use.

Dr. Edmund Fianu noted that all the furniture government gave to the school was not properly manufactured with over 5000 broken, hence pleaded with government for more supply of furniture 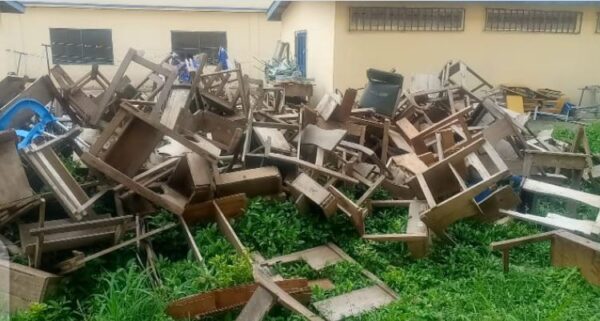 Speaking of more challenges confronting the school, the headmaster revealed that the dormitories are overpopulated leaving many of the students having to sleep on the bare floor. He was confident that should the ten years abandoned dormitory block be completed, the problem of over-population will be no more.

Dr. Edmund Fianu said water crisis is another challenge facing the school, as students struggle to get water to bathe, a situation he said is very worrying.

These issues came to light on the sideline of a visit by the Leader and Founder of Penyman Company Limited and Free Education Movement an NGO, Eric Kwesi Ebow Taylor to the school. 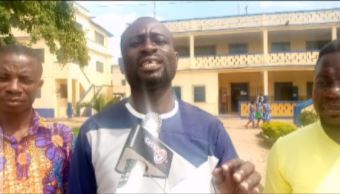 The leader of the foundation in an interview with Kasapa News Yaw Boagyan said not long ago they provided a huge poly tank to the school to improve the water situation on campus.

He noted that the foundation seeks to address some challenges confronting some of the government institutions in the country because government cannot do it alone.

He promised to supply more furniture, dormitory beds and assist them to complete all the abandoned projects in the school.

According to him, they want to help the government to make its flagship “Free SHS” policy succeed and further called on the public to support the policy to make it a success.