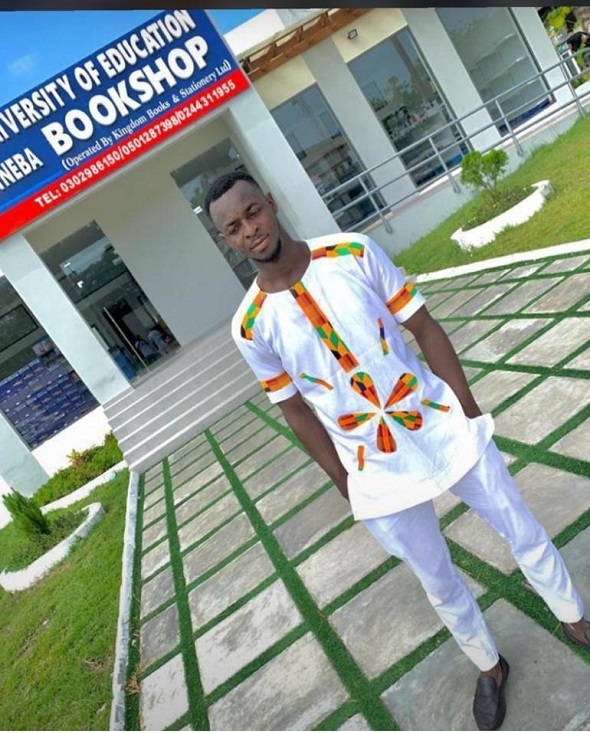 A level 400 student of the University of Education, Winneba (UEW) has reportedly jumped to death while jubilating after writing his final examination.

The student known as Sani Abdul Majeed, reports say landed awkwardly after the jump and was confirmed dead on Thursday, September 9, 2021.

He was a student of the Department of Health, Physical Education, Recreation and Sports (HYPERS).

The body of the deceased has been deposited at the Winneba Mortuary for preservation and autopsy.

Meanwhile, the UEW SRC has cautioned final year students who are in the mood of celebrating the completion of their courses to do so in moderation and should not be carried away by their rejoice. 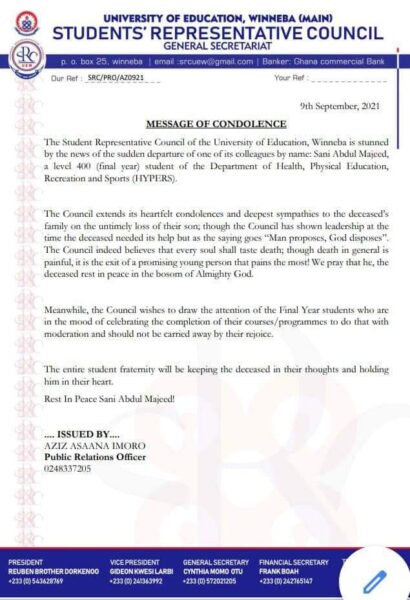