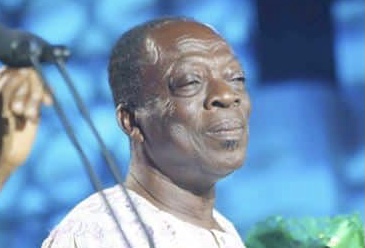 His daughter, Comfort Laing, who confirmed the news to ghanaweekend.com, said her father passed away at his residence in Accra on the evening of Thursday, September 16, 2021.

Kohwee is believed to be around age 75.

A few weeks ago, it was reported that he had suffered a stroke and was undergoing treatment at a health facility.

Two years ago, Kowhe spoke about his financial challenges; after which a former Minister of Tourism, Arts and Culture, Barbara Oteng Gyasi, and a group called Cape Coast Oguaa, and other people, donated monies and items to him.

Kowhe is known for his sterling roles in the Akan Drama series and the popular ‘District Colonial Court.’