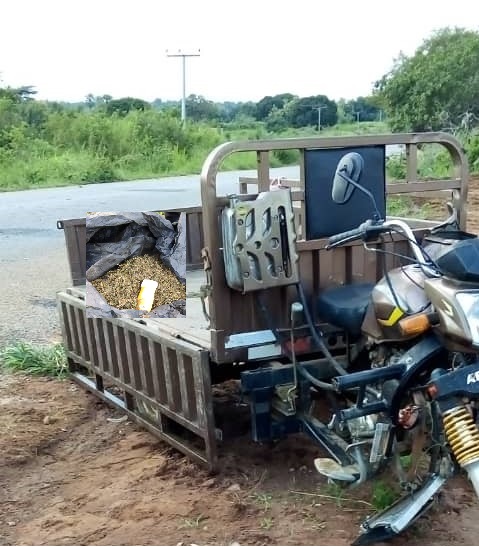 A group of young men who were transporting Marijuana to an unknown destination were exposed after a car rammed into their faulty tricycle at Wenchi in the Bono Region.

The suspected men who obtained minor injuries but realized the illegal substance was unmasked quickly bolted into a nearby bush leaving behind one who was seriously injured.

The accident occurred on Sunday evening on the Wenchi-Wa stretch after a car with registration number GR 531-11 crashed into a tricycle and somersaulted several times. 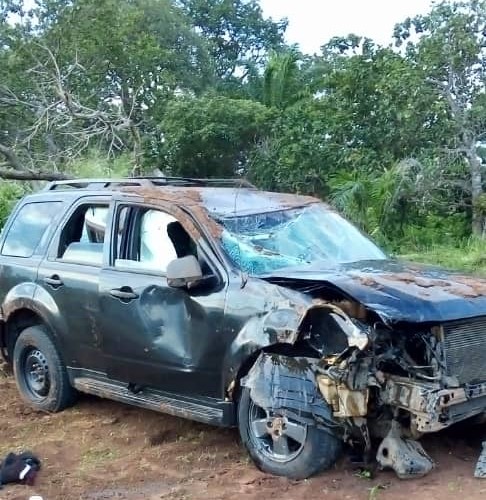 According to eyewitnesses, there were five occupants in the car including three adults and two children, who were heading to Hamile in the Upper West Region but fortunately, all went unhurt.

The injured was however sent to the Wenchi Methodist hospital for treatment.