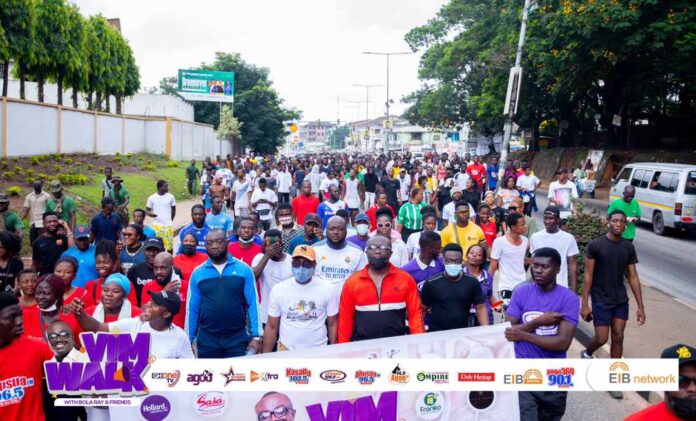 Saturday’s Vim Walk by the CEO of the EIB Network, Nathan Kwabena Anokye Adisi, popularly known as Bola Ray, and his friends to raise funds for Baby Nkunim was massively patronised as thousands showed up for the walk. 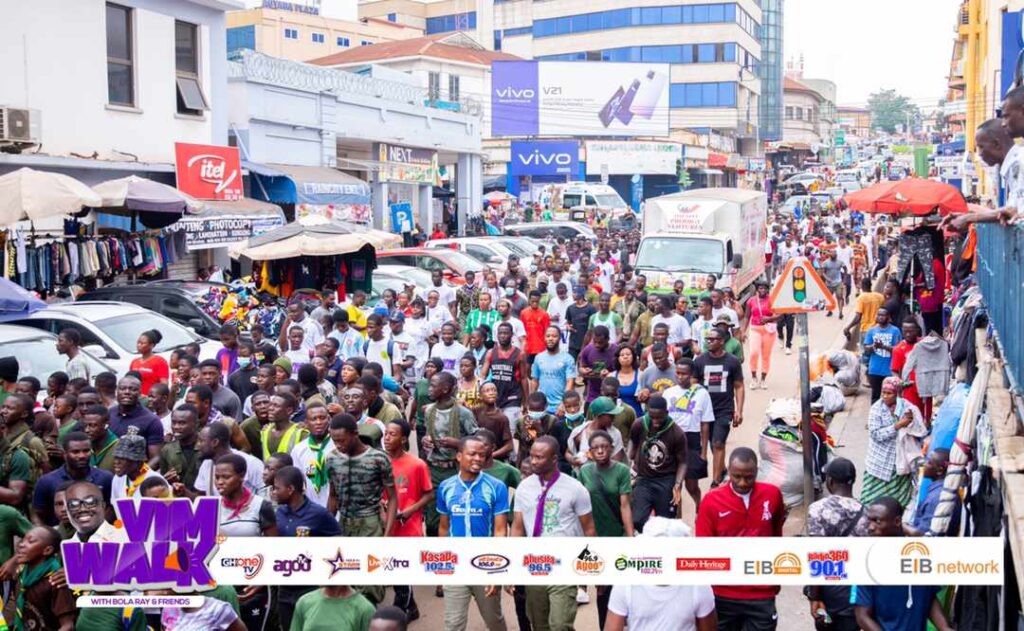 Some renowned people who also showed up for the walk included MP for Bantama, Asenso Boakye, Nhyiaso MP Stephen Amoah and several popular celebrities in Kumasi. 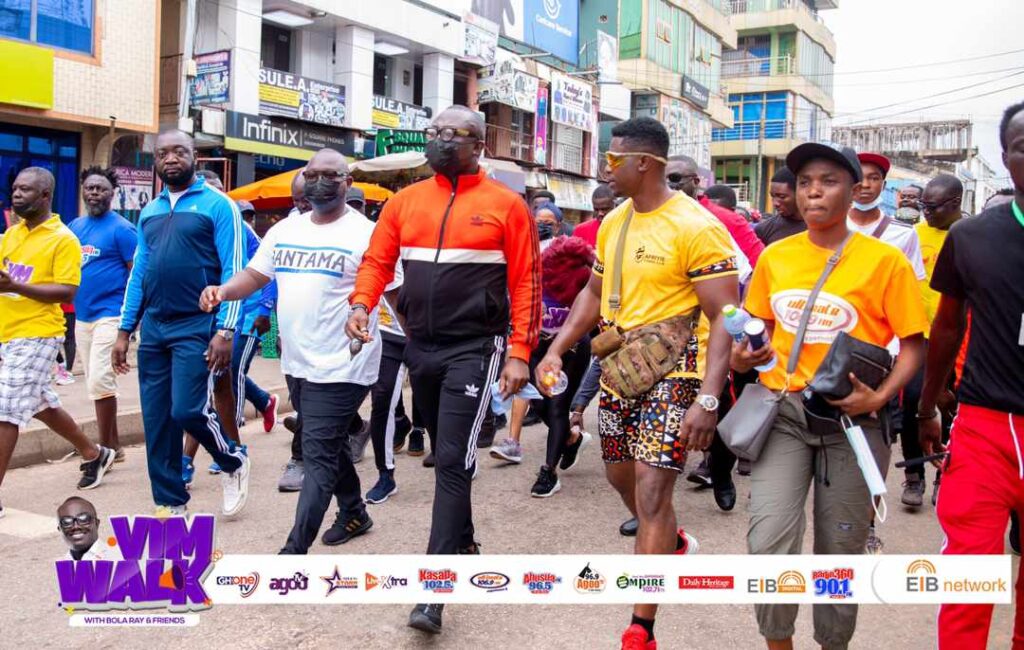 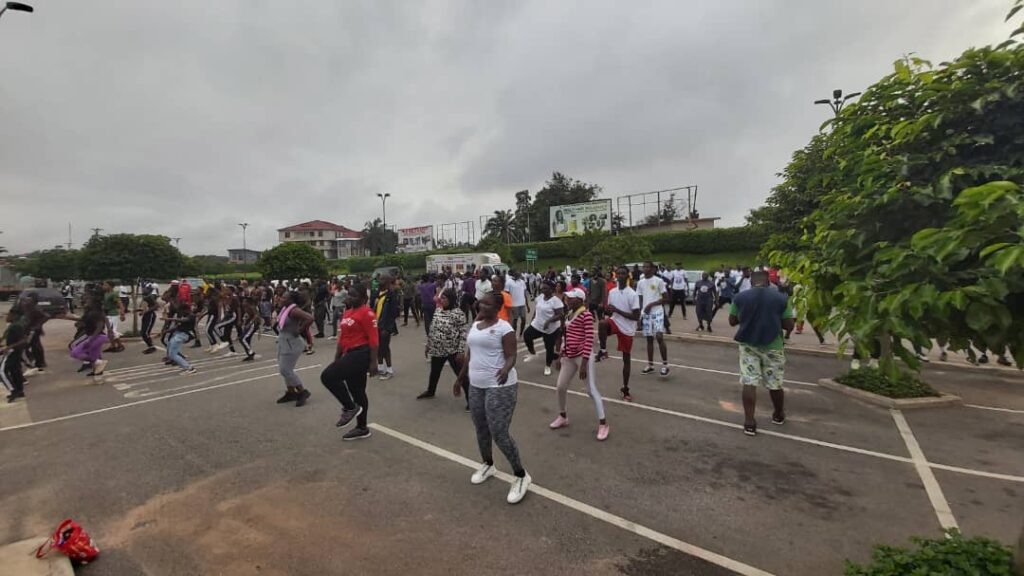 The walk took place through the principal streets of Kumasi and kicked off from the Kumasi City Mall, through Ahodwo and connected to Adum to Asafo through the Baba Yara Stadium and ended up at the mall. 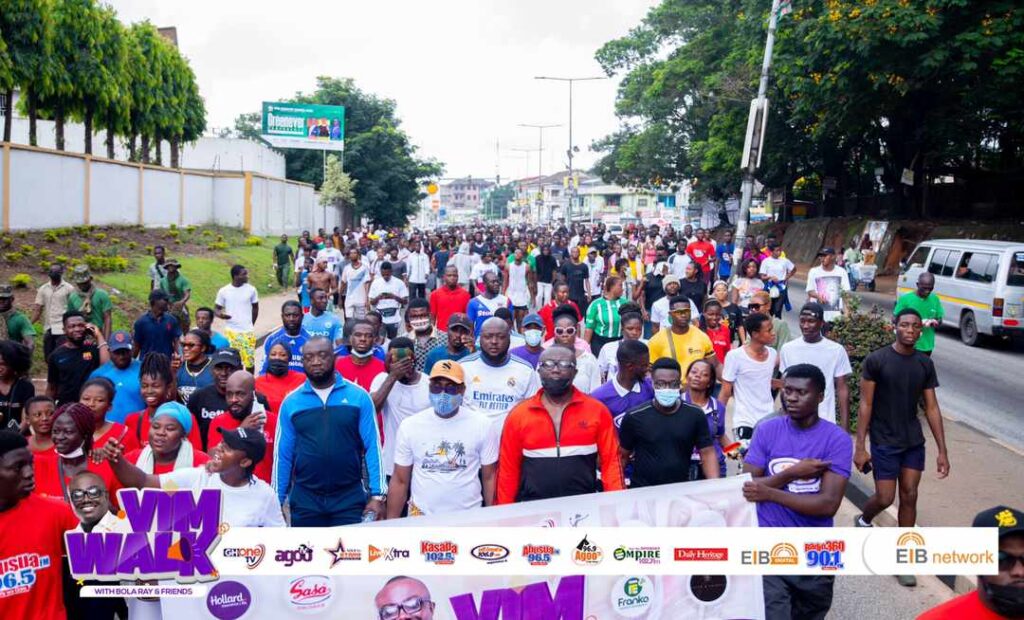 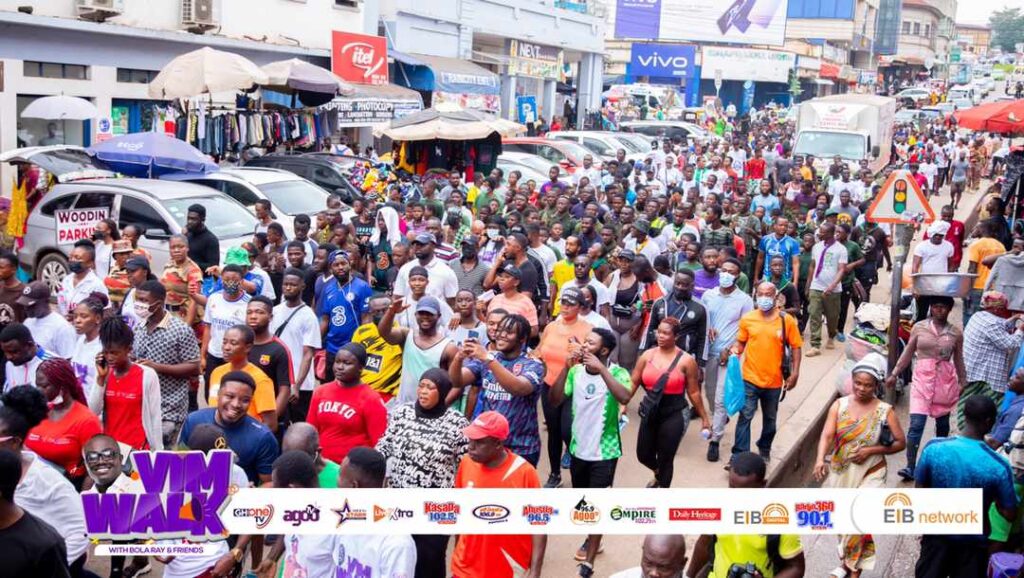 On Thursday, the CEO of EIB Network paid a courtesy call on the Asnatehene, Otumfuo Osei Tutu II to ask for his blessings for Saturday’s walk. 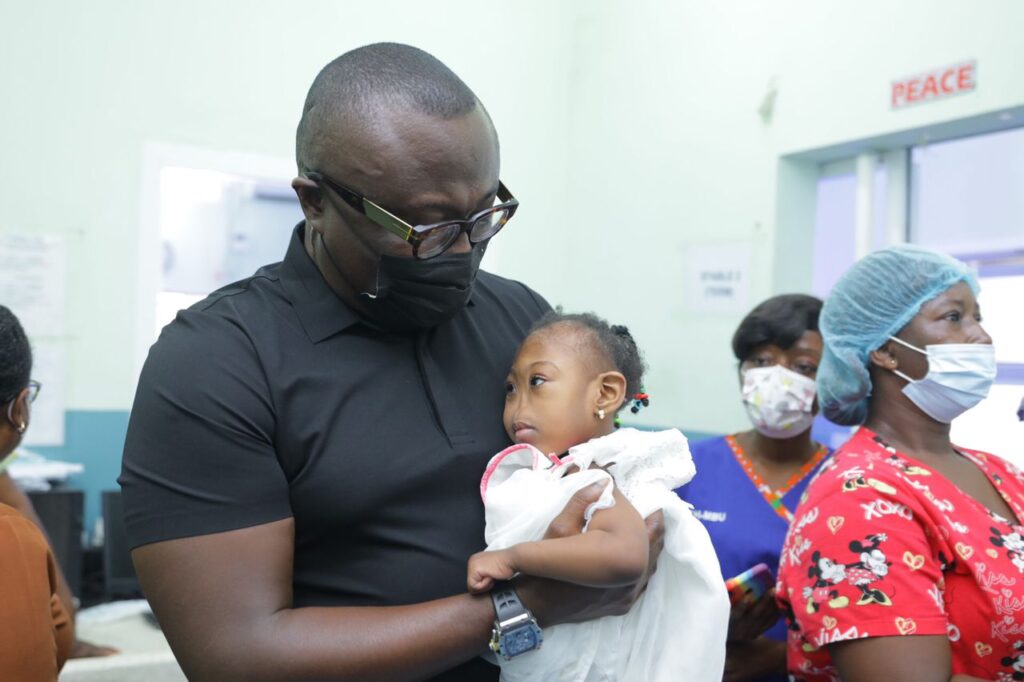 The purpose of the walk was to raise Ghc50, 000 for Baby Nkunim who was born without a nose and has been abandoned at the Komfo Anokye Teaching Hospital by her parents.

The baby has managed to survive the last eight months without a nose and is being cared for by the medics of the facility. 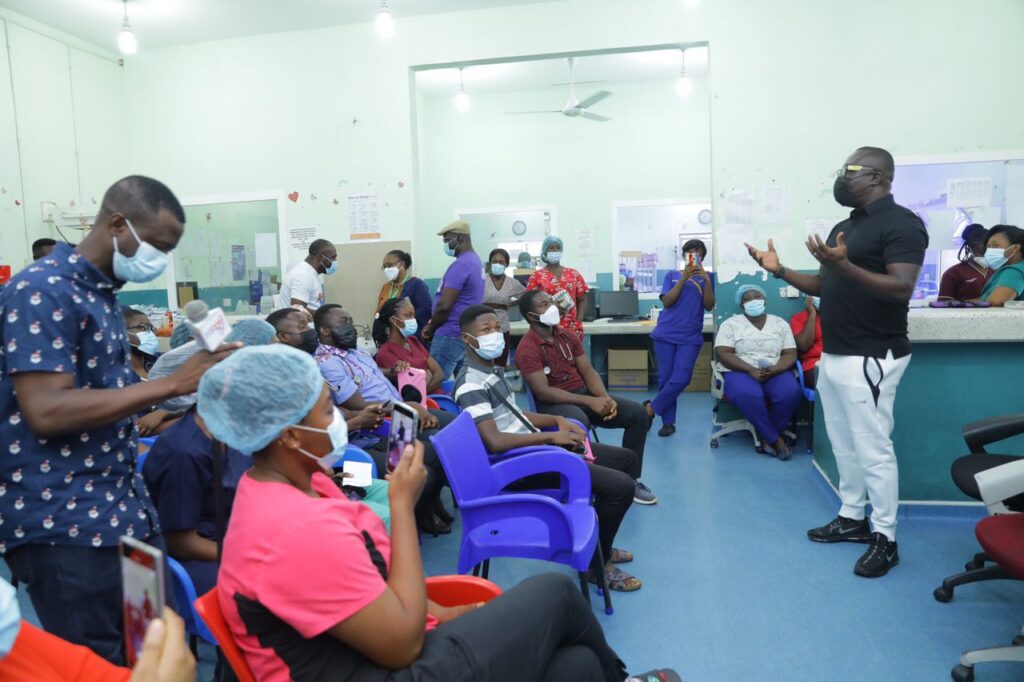 Medics call Nkunim’s condition Congenital Arhinia, a rare condition, just about a hundred recorded cases in the entire world. Dr Gyikua Plange Rhule Consultant Pediatrician with the Komfo Anokye Teaching Hospital pointed out that Surgeons have advised that she grows a little more before any medical procedure can be successfully carried out.

Dr Gyikua Plange Rhule Consultant Pediatrician with the Komfo Anokye Teaching Hospital pointed out that Surgeons have advised that she grows a little more before any medical procedure can be successfully carried out.

She explained: “Basically she does not have a nose neither does she have any of those passages that you will usually use to breathe. For now, we think that a lot of her breathing is through her mouth.

“Obviously, one problem is her appearance and it is possible to make her look better by doing some kind of a prosthetic nose. The more difficult thing is to construct a nose that she can use to breathe. That’s really complicated and so far the opinion of the Surgeons is that we shouldn’t do it because it will probably be too traumatic, painful and stressful. The general consensus is that we leave her alone; let her grow a little older and then assess her again,” she added.

Nkunim has no home beyond the Mother and Baby Unit since her parents left her at the hospital unable to come to terms with accepting and taking her home.

Benevolent hospital staff who have virtually turned her family contributes to her feeding, clothing; diapers, medical bills and general upkeep.

Beyond her developmental challenges, Nkunim is a joy to the hospital; a bubbly and active child who roams the Mother and Baby Unit on her walker.