The Tema Oil Refinery has released names of interdicted staff of the refinery cited for their alleged roles in the disappearance of of 105,927 litres of fuel, as well as causing financial loss to the company.

At least 14 persons employed by the refinery from various departments including Finance, MOP, Production, Distribution, RFCC, Import and Export had their names published in the list by the Interim Management Committee(IMC). 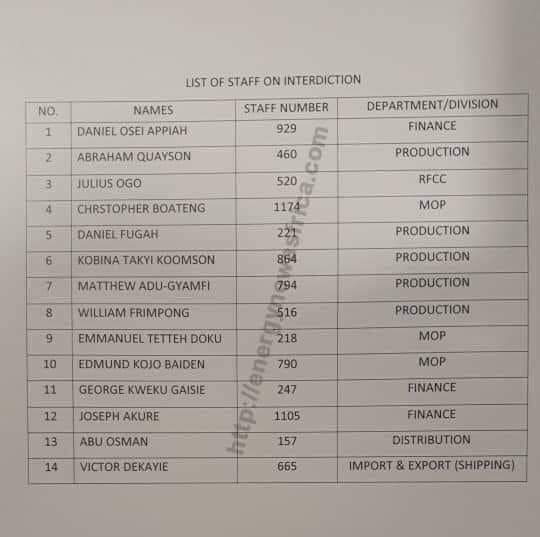 The Interim Management Committee of the Tema Oil Refinery has interdicted some staff of the refinery for their roles in the alleged product losses at TOR.

Other workers of the company have also been queried over their roles in product losses at the firm.

A statement signed by the Interim Management of the company and sighted by Kasapafmonline.com said investigations will be carried out with due consideration to a fair process.

“We implore everyone to be patient and not jump to any conclusions until investigations have been completed.