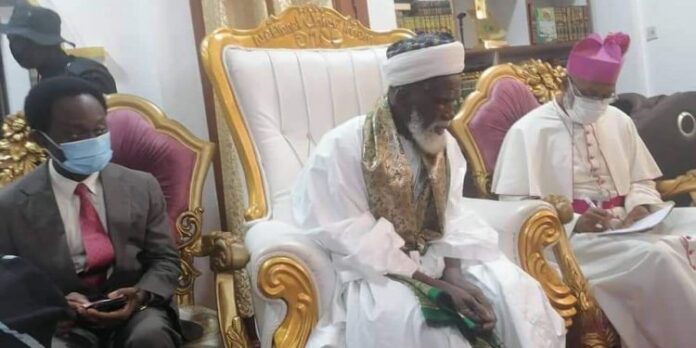 The office of the National Chief Imam will today officially declare its position on the raging Lesbian, Gay, Bisexual, Transgender, Queer and Intersex,(LGBTQ+) debate.

Other Islamic Sects and Muslim groups are expected to be present to support the position of Skeikh Osmanu Nuhu Sharubutu.

Earlier, spokesperson for the Chief Imam, Sheikh Arimiyao Shaibu, disclosed that the Chief Imam supports the bill before Parliament seeking to extensively criminalize the activities of the LGBTQ+ community.

According to him, the cleric had specifically congratulated Speaker of Parliament, Alban Bagbin, for his stance on the current debate.

“I refer you to the last visit by the Speaker of Parliament, Right Honourable Alban Bagbin, he paid a courtesy call on the Chief Imam. Chief Imam was excited with his coming and he said he had heard his (Bagbin’s) earlier statement about the LGBTQ+ position.

“Chief Imam commended him on that and urged him to make sure the bill was passed to outlaw LGBT and other related sexual orientations in the country. That is a very firm and consistent, constant position of the Muslim community,” he said on Joy News’ Upfront.

A number of MPs sponsored a private member’s bill against LGBTQI activities in Ghana.

The bill titled ‘Promotion of Proper Human Sexual Rights and Ghanaian Family Values Bill 2021.’ has triggered widespread conversation, and views for and against it.

Following this, some renowned legal, academic and civil society professionals have tabled a memorandum challenging the anti-gay legislation.

They contend that the bill is an “impermissible invasion of the inviolability of human dignity.”