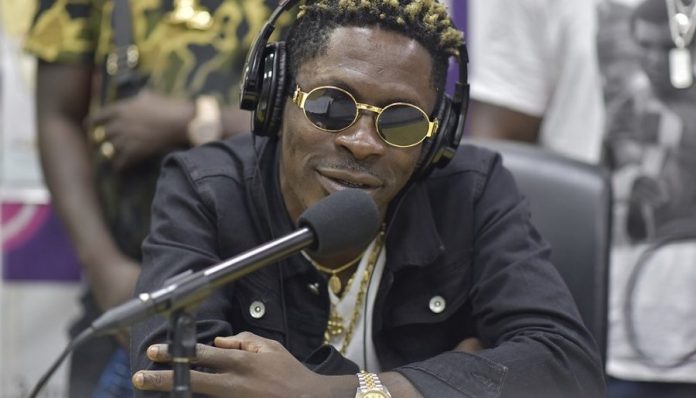 Dancehall artiste, Charles Nii Armah Mensah Jnr, known in showbiz circles as Shatta Wale has disclosed that he is on the run because he feared for his life.

The musician made this known via his official Facebook page in the early hours of Tuesday, October 19, 2021.

“Yes, my life is in Danger and am on the run till this country shows me there are LAWS..” his statement read in part after he had spoken about a death prophecy made last month which he accused the Police of turning a blind eye to,” Shatta Wale said. 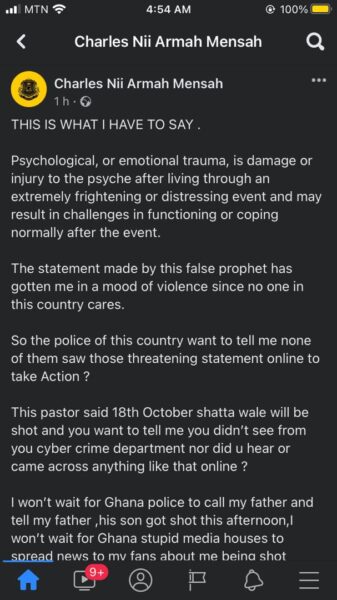 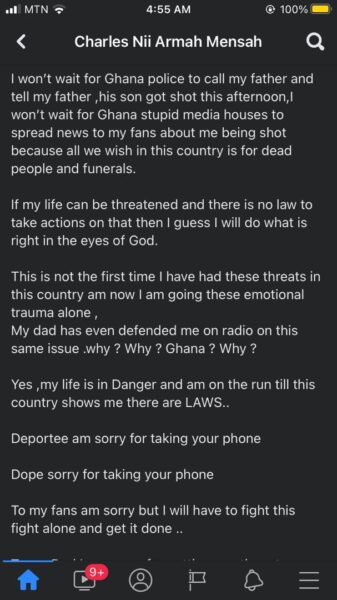 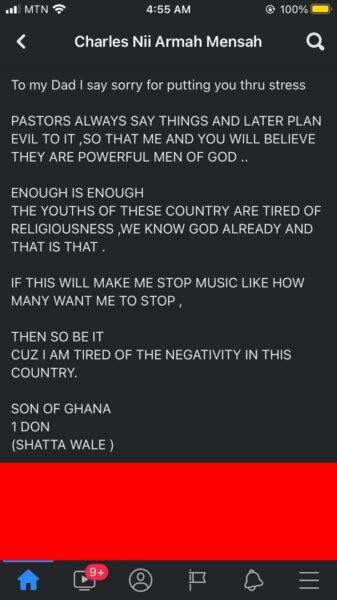 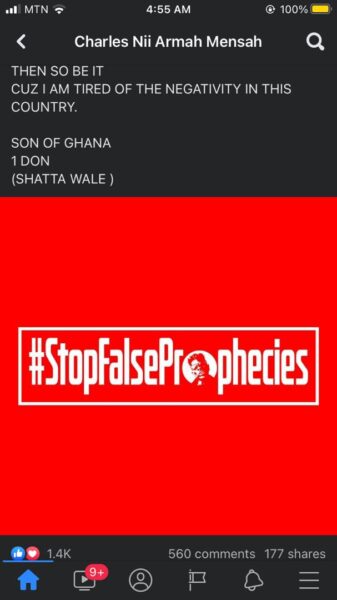 It comes after widespread reports on social media that the controversial artiste has been shot by unknown gunmen.

The Personal Assistant of Shatta Wale was the first to announce the alleged attack on social media. He added his boss was being treated at the emergency ward of a health facility in Accra.

Meanwhile, police in a statement said they were monitoring the development and were probing the alleged shooting.