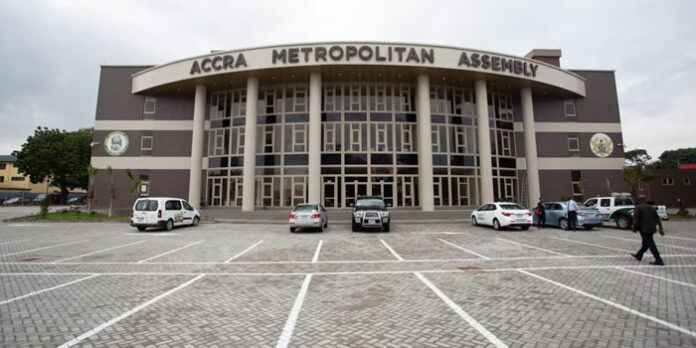 The minority in parliament has threatened to file a lawsuit against government for starving the Metropolitan, Municipal, and District Assemblies(MMDAS) of cash for their operations at the local level across the country.

Addressing the media in parliament, deputy Ranking member for the committee on local government and rural development, Benjamin Kpodo disclosed his side will head to court if government fails to honor the constitutional provision of 5% of total revenue to the common fund for activities of the various Assemblies.

“…this government has persistently done everything possible to deprive the District Assemblies Common Fund(DACF) of the needed fund for the discharge of its constitutionally mandated duties.

“Arrears have piled up for 2019, 2020, and 2021. The consequence of all this is that the DACF is unable to release funds to the MMDAs for one complete financial year,” he said.

The Ho Central MP further accused the finance ministry of failing to comply with a Supreme Court judgment for 5% of total revenue to be allocated to the fund by ceding some revenues to GNPC and GRA before computation.

The government has failed to release over 2 billion cedis to the District Assemblies Common Fund to be given to the various Assemblies across the country for development.

The arrears spanning from 2019 to 2021 according to the minority has crippled not only the DACF secretariat but the various Assemblies as well.

The minority thus called on government to change its way of determining when the money is due.