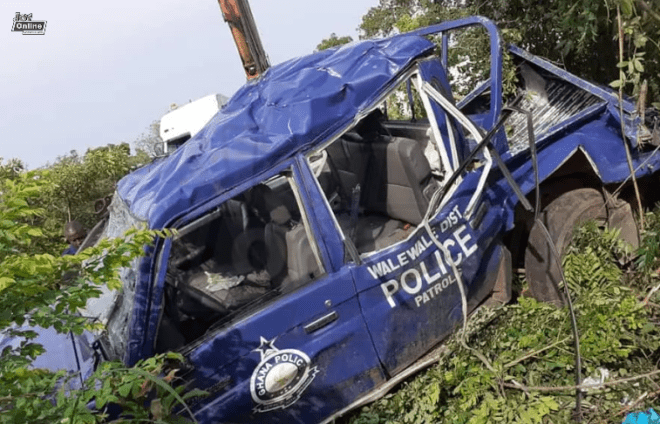 The Ghana Police Service has lost two officers, described as highly-trained cops, in a road crash on Thursday night.

The two were part of a five-member Anti-robbery Taskforce responding to an emergency on the Walewale-Bolgatanga road, a police statement said on Thursday, October 21, 2021.

The other three officers are said to be in critical conditions on admission to a hospital in Walewale in the North-East Region.

Meanwhile, there are plans underway to airlift the critically injured from Walewale for further treatment.

Already, the families of the two victims have been informed about the sad event, including a call by the Inspector-General of Police (IGP), Dr George Akuffo Dampare.