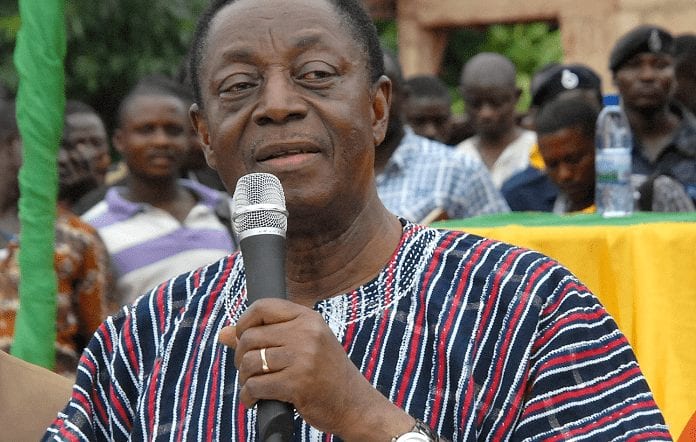 A former Deputy General Secretary of the National Democratic Congress (NDC), Koku Anyidoho, has asked former Finance Minister Dr Kwabena Duffuor to go ahead and attempt to lead the NDC into the next general elections as flagbearer if he has the interest.

Dr Duffuor who is also a former Governor of the Bank of Ghana is seen in a video canvassing for more supporters for the NDC.

In a one-minute 21 seconds video making the rounds on some TV stations and online platforms, Dr Duffuor asks “What does the NDC mean to you?”

The video ends with the founder of the defunct Unibank saying “What the NDC means to me is that everyone in this country will have an opportunity to achieve the Ghanaian dream.”

Claims are that he has an interest in the flagbearer position of the main opposition party ahead of the 2024 general elections.

Commenting on this in a tweet, Koku Anyidoho who is the Director of the Atta Mills Memorial Institute said “If [Dr Kwabena Duffuor] is interested in Leading the NDC; let him come.”

If he is interested in Leading the NDC; let him come??? pic.twitter.com/1BBlCWNjbh

Consider one of your ‘rivals’ as running mate – Ephson to Mahama