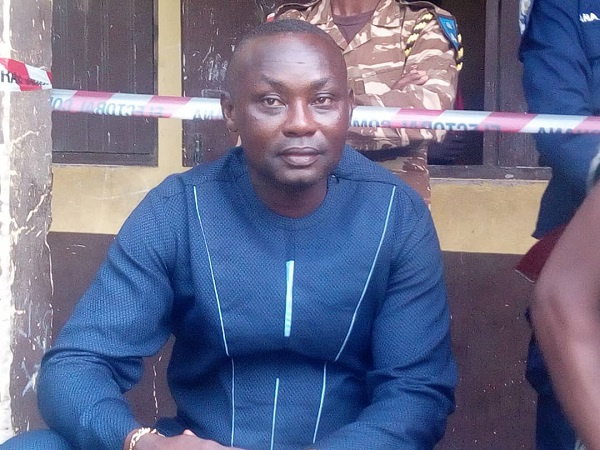 The NDC Member of Parliament for Afram Plains South Joseph Appiah Boateng has vowed to ensure no District Chief Executive is confirmed in the area if authorities fail to elect a presiding member to steer the affairs of the District Assembly.

The President nominated the Presiding Member Evans Kyei Ntiri as the DCE for Afram Plains; however, no replacement has been made so far since the appointment.

Confirmation of the DCE nominee has been rejected by the Assembly members an assurance the MP made before the exercise was held today.

According to Joseph Appiah Boateng, the right thing must be done to ensure effective running of the assembly adding that, before a DCE is confirmed there should be a presiding member.

Speaking on Nkawkaw based Agoo FM, the MP, therefore, proposed an NDC [opposition] member to be elected as the Presiding member saying, if his proposals are not complied with, he will ensure no DCE is nominated in the Afram Plains South is approved even if the president himself show up.

“I can tell you for sure if they fail to comply with these orders even when the president himself shows up I will make sure the district has no DCE until the right thing is done. Why are they trying to change the process? The district must firstly elect a presiding member and that must be a member of the NDC because we are the majority.’’ He told hostess Obaahemaa Yaa Mirekua.

Out of the 41 assembly members, 25 voted yes, 14 voted no with 2 rejected ballots making the nominee unqualified for the position.

Few weeks ago, MDCEs for Kwahu South and Kwahu East Emmanuel Attah Ofori Snr and Isaac Agyapong respectively were sworn into office by the Eastern Regional Minister Seth Kwame Acheampong after both had been endorsed by 100% votes following an announcement made by the respective EC officers.