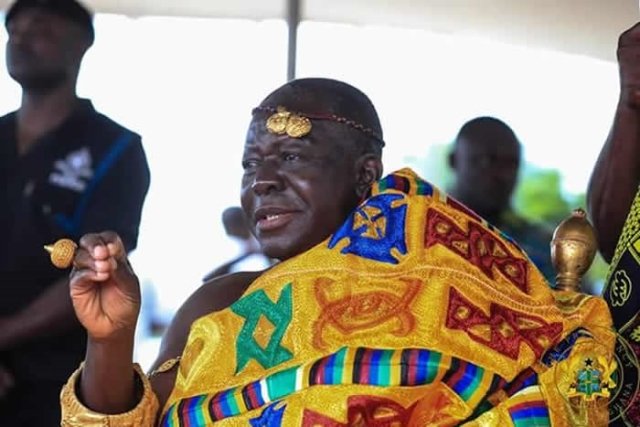 Otumfuo who is displeased with increasing road fatalities and indiscipline among private and commercial vehicle drivers directed the security agencies to arrest any Chief or person who flout the road safety regulation irrespective of the persons status in the country.

He said” it has come to my attention that Nananom are part of indiscipline vehicular driving in the region. The police and road safety officials are afraid to arrest them because they have my photo and Manhyia stickers embossed on their cars. Note that my sticker is not a licences and I have not directed anybody to use my sticker as a driving licence for which reason they feel big to stop at police check points’’ he said.

He noted that’’ Police and National Road Safety authority, I haven’t issued out any paper to you that my sticker is a licences so do your work. If you see any chief driving without insurance simply arrest him nothing more.’’

He added’’ I don’t have any sticker embossed on my car therefore, if you arrest a person and the persons says he is from Manhyia because my picture is embossed on his, bring him to the palace and let see if that car is mine’’.

Otumfuo gave this order over the weekend when personnel from the road safety authority paid a curtesy call on him at Manhyia Palace.