The Girl Child Coordinator for the Ajumako Kokoben D/A Basic School in the Central Region, Alberta Enyonam has denounced the worrying development where female students of the school are being impregnated by their male colleagues.

According to her, teenage pregnancy has become the norm in the school and it was about time action is taken to nib the bad practice in the bud.

Alberta Enyonam made the disclosure in an interview with EIB Network Central Regional Correspondent, Yaw Boagyan, during activities to mark Girls Week in the school under the theme: “Preventing Teenage Pregnancy in Ajumako Kokoben Basic D/A Basic School” which is on the back of the celebration of International Girls Day. 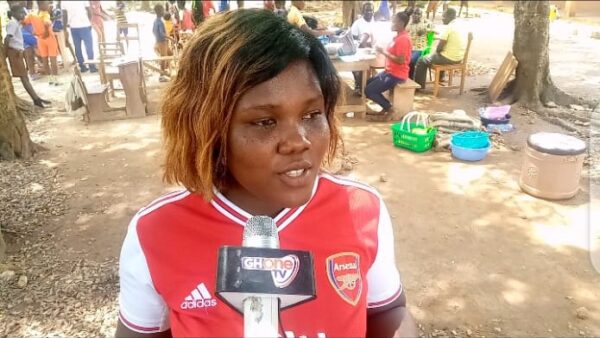 She noted that the development where the female students are being impregnated by fellow boys is adversely affecting academic performance in the school.

“The theme really goes for us because teenage pregnancy has become the norm of the day in Ajumako Kokoben Basic D/A Basic School here. The girls are really getting pregnant here and the most unfortunate thing is that they get pregnant with their own classmates which is very bad. It creates a burden on their parents, it means that their parents will have to take care of these kids too which is really disturbing. Some also end up dropping out, when you ask them to come back to school they think they are matured. Currently, we have some mothers and two pregnant girls in the school.” 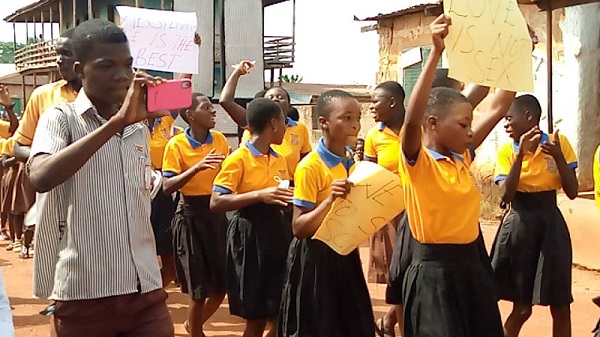 Alberta Enyonam advised the female students to create role models for themselves by looking up to their teachers, and other great personalities in their communities and at the national level and aspire to be like them. 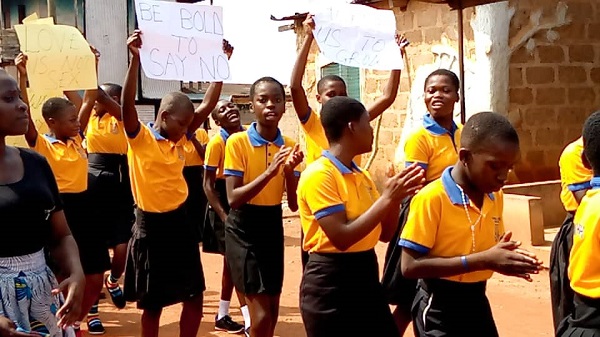 She further advised the parents to be responsible for their children especially the females who are vulnerable so that their academic journeys are not cut short through teenage pregnancy.

615 teenage pregnancies recorded in Wenchi from Jan. to Dec. 2020

Teenage pregnancy, incest, defilement on the rise in Sekondi-Takoradi