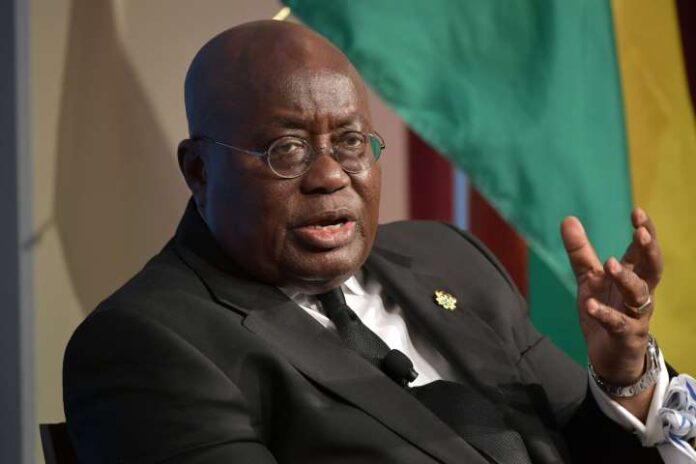 President Akufo-Addo has admitted that he made a mistake when he said the ruling New Patriotic Party(NPP) never promised to construct a harbour in Cape Coast during his second term in office.

The President in a recent radio interview during his tour of the Central Region stated that the infrastructure project was never a part of the list of commitments tabled before him for his second term.

“The commitment was never to a harbour; it was to a landing site,” he said on Cape Coast-based Eagle FM on Monday.

This was in response to a question about plans for the project, which had been bandied about by the people of the region.

However, the President clarified that the party actually pledged to put up a landing site as captured in the 2020 manifesto and earmarked for execution in 2022.

This comment by President Akuf-Addo contradicted a statement made by his Vice President, Dr. Mahamudu Bawumia.

During his address at the launch of the party’s manifesto in August 2020, Vice President Dr Mahamudu Bawumia also disclosed that “for the people of Cape Coast, I have good news for you. We are building a new harbour in Cape Coast and a new airport in Cape Coast.”

The contradictory statements by the President and his Vice set them up for huge flak from the opposition National Democratic Congress(NDC) who have accused them of deceiving the people of Cape Coast into voting for the NPP in the 2020 election.

But speaking in an interview on Peace FM monitored by Kasapafmonline.com, President Akufo-Addo apologized for what he said was a clear mistake.

“I made a mistake, let me just confess it, I made a mistake…I made a mistake. In looking at the manifesto…I tried to do that before I go…in doing that I saw one page which talks about a landing site, I didn’t go further to see. But even with the mistake, I think still we have to re-think a lot of things. We have a harbour in Elmina which is being developed now, Takoradi, Elmina, then we have another one projected for Cape Coast before we go further down…I think some re-thinking has to go on for us to be able to find out what is the value for money arrangement.

“But it was a mistake and I have to apologize to the people of Cape Coast and Central Region for that mistake. Presidents are human after all, they are not superman, they make mistakes.”