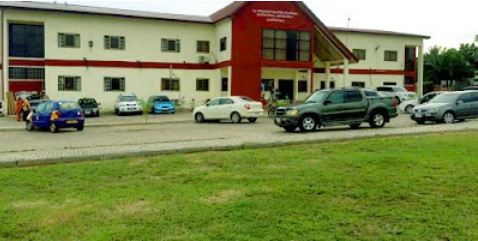 Ten concerned assembly members of the La-Nkwantanag Madina Municipal Assembly(LaNMMA) have called for re-election to be conducted for the Municipal Chief Executive nominee for the Assembly, Madam Jennifer Dede Afagbedzi.

The aggrieved assembly members in a statement said they voted “NO” and that would have meant that the nominee could not get two-thirds of the valid ballot cast.

They argue that per the Model Standing Orders for District, Municipal and Metropolitan Assemblies, any nominee who at any time fails to poll 50% percent of the votes of members present and voting may be renominated on reasonable grounds or may be withdrawn by the President, hence they are calling on President Akufo-Addo to either renominate or withdraw the candidature of Madam Jennifer Dede Afagbedzi as MCE.

Giving details of the anomalies that occurred during the election process, the displeased assembly members said, after the voting was unduly delayed to after 7:00pm, the Electoral Officer for LaNMMA, Madam Lilian Asare initiated the process by calling the twenty(20) Assembly members present, one after the other to cast their ballot. However, there was a point of order by an honourable member to restrain a National Security Officer who was deliberately positioned to monitor the voting line of members, yet the security officer refused to leave there with the support of the Presiding Member and in the presence of the Regional Minister, Henry Quartey and the voting proceeded uninterrupted.

When the voting was done, the electoral officer was ordered to empty the ballot box on the high table where the regional minister was seated. Other unknown persons proceeded to the high table forming a barricade to obstruct the view of honourable members and other invited guests.

Realizing the chaos and possibility of rigging the election, a protest was raised by an honourable member which was eventually ignored.

Shockingly, some Assembly members saw the Presiding member of LaNMMA, Braimah Ismaila Blay depositing foreign materials suspected to be thumb printed ballot papers through. Upon seeing this, some members and a police officer raised a protest of what was happening in the presence of the Regional Minister but to no avail.

According to them, whilst they insisted on the right thing to be done, they became a target for brutality by the National Security and thugs, hence ten of them were thrown out of the hall. All the ten assembly members did not vote for the President’s nominee and therefore calling for re-election.