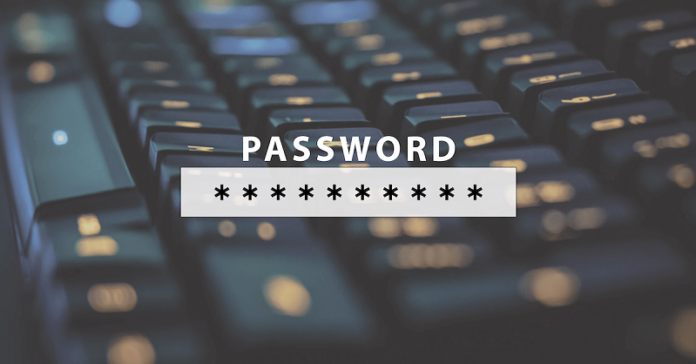 The Ghana National Cyber Security Authority has advised the general public to avoid using names, date of birth, words that can be found in the dictionary as passwords or credentials for they could be easily hacked by cyber attackers.

According to the Authority, because of the various tools that are used when a password is found in a dictionary, there are so many ways cyber attackers can use to detect one’s password.

“If you use your date of birth also it is something that can easily be guessed or someone who is close to you can easily guess and find out so it is very important for us to use a blend of alphabets, symbols, numbers to construct our password to make it difficult for them to identify our passwords.” an Officer at the Cyber Security Authority, Isaac Mensah told Agoo FM News Ebenezer Kojo Nyavor in an interview after a workshop with the media.

The Cyber Security Authority on Tuesday engaged some members of the Ghana Journalists Association in the Eastern Region at Koforidua to sensitize the media on cyber security act.

According to the Authority, since Parliament has passed the landmark Cyber Security Act 2020 that protects the critical information infrastructure of the country, regulates cyber security activities, provides for the protection of children on the internet, and develops Ghana cyber security ecosystem, journalists have a major role to play so far as educating the public on the act is concerned.

At the workshop in Koforidua, the Cyber Security Authority emphasized the need for parents to keep monitoring their children on the use of the internet since most fraudsters use them for their purpose.

“When you look at the cyber security space, children are the most vulnerable so these sections protect the children within the space for them to be comfortable so whatever they do on the internet they can do free devoid of activities of cybercriminals.’’ Isaac Mensah stated.

On his part, the Eastern Regional Chairman of Ghana Journalists Association Maxwell Kudekor said the GJA consistently has tried to build the capacity of journalists so this is one of the numerous capacity-building programs that the group has organized.

“We know Ghana is on a digitized drive that almost everything is being digitized… today if you want a passport you can sit in the comfort of your room, and then just file an application and then you’re served. For that reason many people have taken advantage of the digital drive to scam a person; that is the reason why government came up with an institution call National Cyber Security Authority that has the mandate to police the cyber space. Now the cyber security act 2020 stipulates what is permitted on the internet and what is not permitted. As a journalist you may have a video of a politician or a businessman who may have sexual intercourse with another party, you take the video threatening him/her that if you don’t give me money I will publish it or you publish that video online, these are behaviors that constitute a crime in the cyber act. Also sexually exploiting children, sometimes you see videos of children having sex videos circulating on social media…so this act educates us on how to manage things. People are making money on the internet fraudulently, in the past you will go and make your money but now the act is saying that if the Authority identifies that a single person or group of people are making money through cyber fraud, the Authority can secure a court order and freeze the asset of the culprit, so we journalists must educate the people on that aspect.”