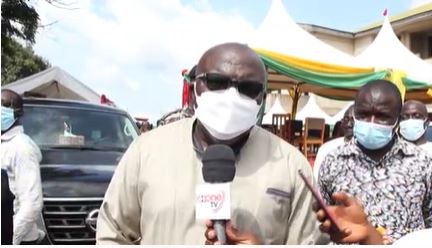 Twenty-Three (23) Municipal and District Chief Executives out of the total 33 Nominees have been confirmed so far in the Eastern region.

However, two of the only four females MCE nominees in the region, Birim Central and New Juaben North Municipality Victoria Adu and Comfort Asante respectively have been rejected in the confirmation exercise conducted so far by 25 Municipal and District Assemblies out of the 33.

The Eastern Regional Minister, Seth Kwame Acheampong is hopeful the rest will be confirmed by the close of next week.

The DCE nominee for Achiase, Richmond Kofi Amponsah Adjabeng was the first casualty, however, he was confirmed on Sunday, October 3, 2021, through alleged violence and manipulation of the election.

Meanwhile, DCE Nominee for Upper Manya Joseph Sam who secured 98% votes on Friday told GHone News, having served just six months as DCE for the area before ex-President Kufuor’s regime exited power, he will leverage on the abundant natural resources to develop the district.