The DCE was in his official vehicle Nissan Patrol with registration number GT 8410-19 with his driver when they bumped into the daylight highway robbery attack at Boakyekrom stretch of the road towards Ekye Amanfrom but the driver refused to stop and rather accelerated. 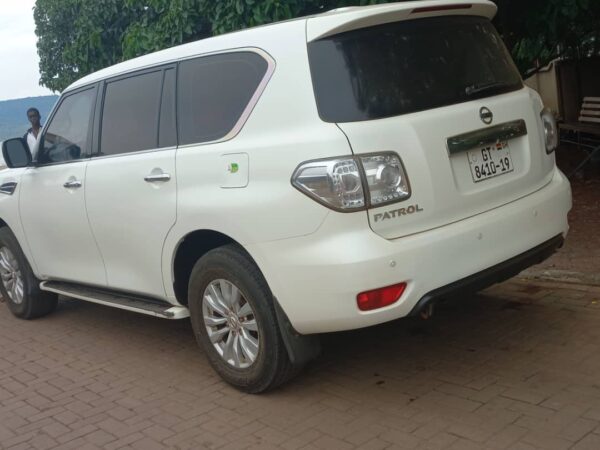 The robbers opened fire on the vehicle but missed the target. The bullet scratched the bonnet and hit the windscreen of the vehicle.

A mob besieged Ekye Amanfrom Police station in Afram Plains South District in Eastern Region Sunday, October 10, 2021 over the arrest of a suspect believed to be part of the four masked robbery gang that attacked a mobile money and provision shops on Saturday leading to the death of one person.

Starr News has gathered that the mob wielding sticks,clubs and stones invaded the premises of the Police station demanding the release of the suspect arrested at the shores of the Afram River by fishermen after he attempted to hire a speed boat to cross the river.

The suspect was whisked by Police to Tease, the District Capital for interrogation.

Meanwhile, the Police SWAT team has been deployed to the area to help smoke out the suspects.

A motor rider was shot dead by armed robbers at Ekye Amanfrom ,a fishing community

The fully masked four(4) member robbery gang wearing trousers and shirts emerged on foot from the Ekye Market center direction and attacked Samuel Agbozo Enterprise(mobile money and phone shop company ), as well as a nearby provision shop at about 7:30pm on Saturday, October 9, 2021, amidst sporadic gunshots.

“The robbers were on foot from the Ekye Market wearing face masks that cover their head to the neck, wielding daggers and AK47, invaded Samuel Agbozo Enterprise amidst gunshots, destroyed his glass showcase took away the phones he had displayed for sale, took the mobile money cash. They also attacked a nearby provision shop and took away an unspecified amount of money into their bags and absconded into the bush. It was like a movie because people were selling around but nobody could face them” an eyewitness Solomon Ahenkorah told Starr News.

A young man on a motorbike identified as Bright, oblivious of the robbery operation, was shot on his motorbike when he approached the robbery scene at the roadside.

The robbers absconded into the bush with an unspecified amount of money and quantities of mobile phones before the arrival of Police officers from Ekye Police station.

The motor rider who was motionless and bleeding profusely from gunshot injury was rushed to Ekye Health Center by the police, however, was pronounced dead on arrival.

This is the second time this year that a mobile money vendor has been attacked in Ekye Amanfrom.

The first attack occurred some six months ago when armed robbers ambushed and attacked a vendor who was on his way home after closing work in the evening.

He escaped a gunshot but the robbers absconded with his money in his bag.