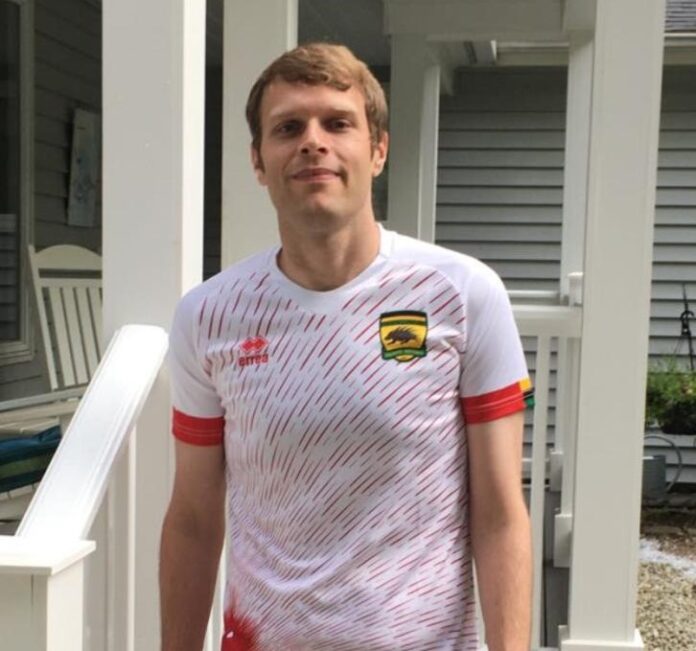 Andrew Olsson is a seasoned journalist and scout with high expertise in the African football environment.

He is the Founder and Head of Pan Africa Football.

The young American is poised to transform African football to an unimaginable height.

Unlike other journos who dwell on only national and international football, Olsson sought to take a different dimension by incorporating domestic football activities all across the black continent.

Not only that, he’s also self-assured of breaking the bottlenecks impeding many talented African players from traveling to Europe and other countries.

Andrew is passionate about projecting African Football competitions and players to the world.

Undoubtedly over the last 12 months, the Pan Africa Football Owner chalked up several significant successes thereby etching his name in the echelons of the African football industry.

The most heartwarming step by the American is to support young players who are determined to exert their football skills elsewhere but find it difficult to access any.

To hoist football activities across the black jurisdiction, Andrew never hesitated to develop an award-winning website.

The site which was launched in Ghana’s Bono Region capital Sunyani was hailed and described by many football enthusiasts as a game-changer.

The launch was obviously greeted by large throngs of football fanatics from various walks of life.

The game ended one (1) all to the admiration of a huge chunk of spectators who stomped the pitch.

Andrew could not have returned to America without catching a glimpse of some of the amazing tourist sites in Ghana.

The official visit of Andrew to the West African country was not only a success but also full of fun and excitement.

Pan Africa Football is an online platform which seeks to take African Football a notch higher as well as rebrand African players to stand tall in the global Football Transfer Market.

The Organization envisioned to have a more formidable and well-structured football space as far as the African club football competition is concerned.

The football entity is confident Africa has one of the best clubs in the world, however, there are structural loopholes which need to be sealed to make the game more appealing and beautiful in the African soil and beyond.