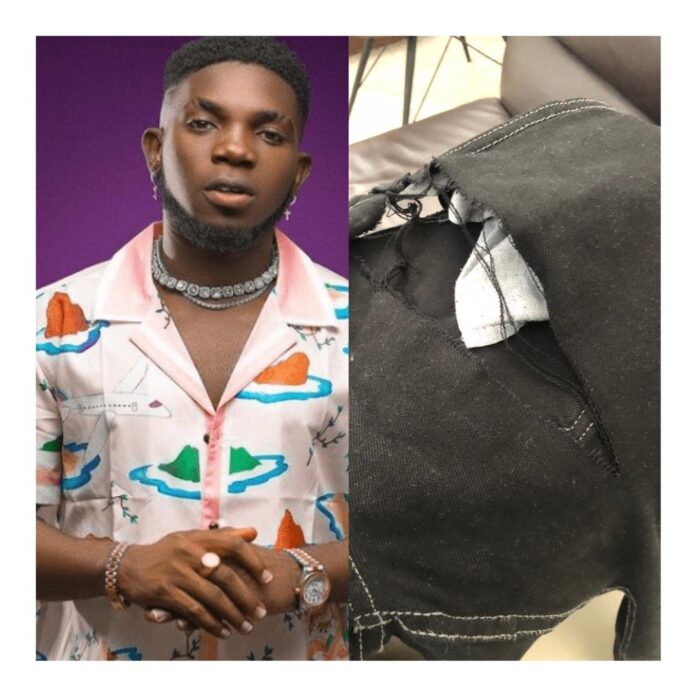 Nigerian singer and ‘Medicine’ hitmaker Jaywillz was allegedly mobbed in Ghana last week after an event in Weija in Accra, starrfm.com.gh has gathered.

The singer was billed to perform at the Connect event center Saturday, October 16, which he honored as agreed.

According to sources close to the singer, the owner of the event center asked that the singer had dinner with his team prior to the event, an arrangement that was not part of their original deal, but the singer reportedly obliged.

Upon reaching the venue, the singer noticed there was no such dinner, so the team decided to get their own food elsewhere.

The source told starrfm.com.gh “we charged them for the show, which is half of our usual price and they paid. The agreement was to show up and perform. Artistes don’t go to the venue until the climax of the event but they tricked us into coming early, with the dinner.”

He continued “when it was time to perform, we asked that there was no break in the performance by the MC or DJ because we wanted the showdown to flow. But midway through Jay’s performance, the organizers cut the music with the excuse that they wanted to announce the sale of their drinks. We didn’t complain, we performed and were preparing to leave.”

“As we were leaving the venue, the owner of the place called about twenty boys to block our vehicle, saying that we had no right to leave until he finishes selling his drinks. I tried to explain that it wasn’t part of the bargain and the mob attacked us without provocation.”

He went on “they broke bottles and threatened to stab us, tore our clothes, Jaywillz’s earring and chain, and asked that we refunded the money that was paid us. In order to get home safe and avoid anyone getting seriously wounded, we paid back the money before they allowed us to leave.”

“Up until now, the owner has not reached out to us to apologize, and it is disheartening.”

Efforts to reach the owner of the venue by starrfm.com.gh have been unsuccessful.

Jaywillz is currently on tour in Ghana to promote his smash hit song ‘Medicine’.

He has performed successfully in Sunyani, Kumasi, Accra and will climax in Bolgatanga.