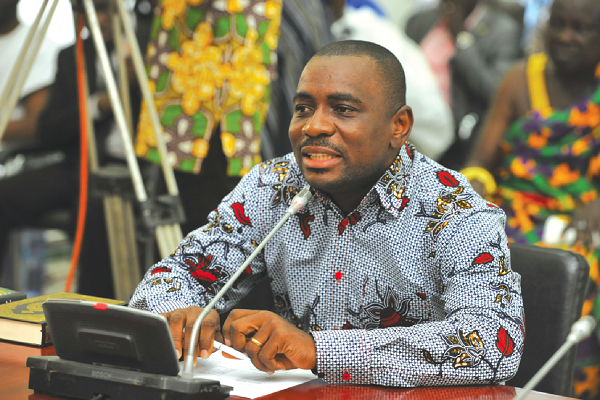 The Member of Parliament for Akim Swedru, Kennedy Osei Nyarko, has presented the Citizenship Amendment Bill to Parliament.

The bill, if passed, will amend the constitution to remove restrictions imposed on dual citizens and persons who owe allegiance to a country other than Ghana from holding public office.

Positions dual citizens can occupy if the bill is passed include Ambassador or High Commissioner, Secretary to Cabinet, Chief Of Defence Staff, Inspector General of Police, Director of immigration service and Member of Parliament.

The bill has been referred to the Constitutional, Legal, and Parliamentary Affairs Committee for consideration and report.

The President, Nana Addo Dankwa Akufo-Addo, in 2019 said the government will be laying a bill before Parliament to allow persons with dual citizenship to hold public office.

President Akufo-Addo described it as the Diaspora Engagement Policy Bill and was being worked on by the Office of Diasporan Affairs.

“We know from the example of several countries where a truthful collaboration between their overseas nationals and their governments can bring for their national development and prosperity. Let us emulate them,” the President said at the Diaspora Home Coming Celebration in Accra on Wednesday.

He cited countries like China, Israel, Kenya, and Ethiopia as having leveraged bonds with the diaspora for development.

The President further said, “the question of the political rights of dual citizens is a matter for Parliament and an opportunity is going to be provided soon for Parliament to address this issue.”

“I am happy about the decision taken by the Office of Diasporan Affairs headed by one of your own Akwasi Awuah Ababio, to work on the Diaspora Engagement Policy Bill. This Bill will help deal effectively with all matters affecting overseas Ghanaians.”

Among the restrictions outlined in the law, Ghanaians with dual citizenship cannot be Members of Parliament, Chief Justice and Justices of the Supreme Court, Ambassador/High Commissioner among others.

Ghana’s Constitution for example in Article 94 (2A) states that “a person shall not be qualified to be a member of Parliament if he – (a) owes allegiance to a country other than Ghana”. This and several other provision of the constitution places restrictions on dual citizens from political participation in Ghana, especially, in public elections.”

The Supreme Court of Ghana has previously reasoned that people with dual nationality cannot hold public offices because of the issue of conflict of interest, national security, and state allegiance to Ghana and confidentiality.