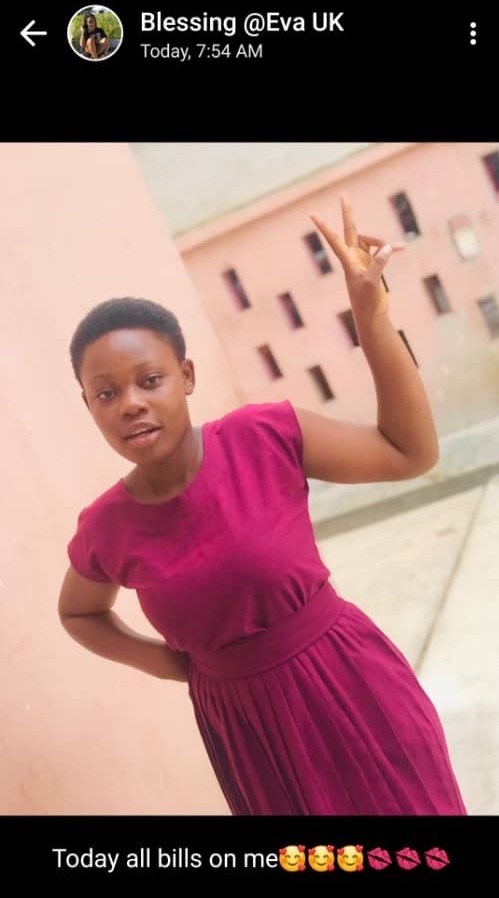 Police at Mampongteng in the Ashanti Region are investigating how a female boarding student of SIMMS Senior High School at Fawoade in the Kwabre East District, got electrocuted last Thursday.

The deceased, Shenell Serwaa Acheampong together with six of her colleagues skipped preps and reportedly scaled the school wall to visit their friends who had rented a room about 200 meters away from campus.

It is reported that the victim met her untimely death at about 7:30 p.m., while attempting to mob a spilled water in the room.

“That whilst in the room, water poured on the floor and she [the victim] went for a mob. In the act of mobbing she got electrocuted and fell on the floor”, witnesses told dailymailgh.com.

Shenell was rushed to the Mampongteng Health Center but was pronounced dead by a doctor on duty, according to a source in the school adding: “all the other colleagues could face disciplinary action”.

The incident was said to have happened on the eve of her eighteenth birthday. The police CID at Mampongten, as part of its investigations, has invited persons of interest, including the victim’s family and school management.

Shenell’s father, Kingsley Acheampong is not a happy man as he shares fond memories of his “beloved daughter”.

“I am dumbfounded. To be honest I am shocked to the bone”, Kingsley said as he questions the security protocols in the school whose Headmistress just took three days ago.

“We are still waiting for any further directive from the police on the way forward”, Kingsley added.