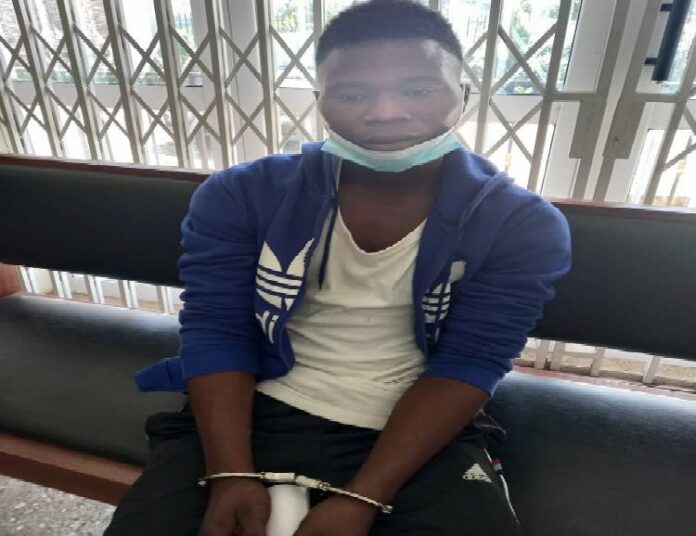 A 20-year-old man, Michael Banu, has been convicted and sentenced to 12 years imprisonment for defiling an 11-year-old girl.

The Kibi Circuit Court presided over by His Honour Peter Oppong-Boahen passed the judgement.

The accused pleaded guilty when the charge and facts were read and explained to him.

A resident of Kwasi Komfo and a Togolese, the accused moved into the country three years ago to learn building and construction work.

His daily activities take him to Akyem Odumasi. It was during one of his working days that he met the 11-year-old victim at a nearby village, Darko Mensah.

Facts from the prosecutor, Inspector Salifu Kamal Gumah, stated that the accused, having built friendship with the victim jokingly professed marriage to her.

On the blind side of the victim’s relative, Michael Banu sneaks into the victims room to have sex with her and gives her money ranging from GH¢15 to GH¢20.

A relative suspected someone sneaking out of the victim’s room on October 8, 2021 upon hearing a door open one night and a torch light seen far off. But the victim denied.

After several questioning, she confessed the sexual encounters with the accused.

The case was reported to the Amanfrom Police on October 11,2021.

DOVSU took over investigations and a police medical report was issued to enable medical examination on the victim.

The accused was then arrested but first denied the offence in his caution statement.

After police investigations, he was charged with defilement where he admitted the offence before the court .

He was charged with defilement of a female under 16 years contrary Section 101 of the Criminal Offences Act 1960.

Section 101(2) of the Act states that: a person who naturally or unnaturally carnally knows a child under 16 years of age, whether with or without her consent, commits a criminal offense that is liable on summary conviction to a term of imprisonment.