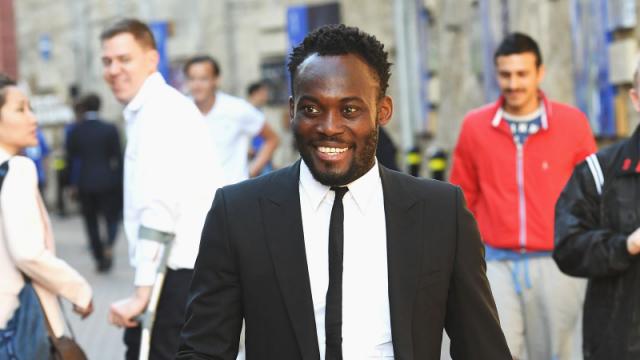 A spiritualist, popularly known as Spiritual father has revealed that he destroyed the career and also dimmed Footballer and former Chelsea star, Michael Essien’s shine after he failed to keep his promise with him.

According to him, the ex-footballer promised to buy him a house to live in Accra after he[Spiritualist] fortified Essien’s football career and made him great in football.

However, Spiritual father said Michael Essien did not keep his promise and abandoned him for which reason he was forced to take his revenge on him in the spiritual realm.

“It’s painful to work for somebody and fails to appreciate you in the end. Today, do you hear of michael Essien again? I was compelled to break him because of what he did,” Spiritual Father said in an interview on VIBES in 5.

Essien became a household name in the West African country when he joined Premier League giants Chelsea from French side Lyon in 2005, spending nine seasons at Stamford Bridge, including a loan spell at Real Madrid.

He was also on the books of Italian team AC Milan and Panathinaikos of Greece.

Two Premier League titles, four FA Cups and a Uefa Champions League in 2012 are some of his major achievements as a professional footballer.

He boasts of 58 appearances and nine goals with the Black Stars since joining the team in 2002.