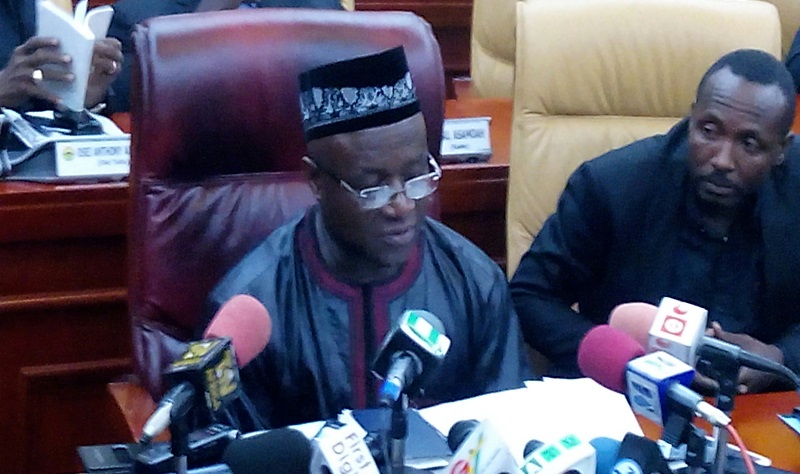 The Minister for Parliamentary Affairs, Osei Kyei-Mensah-Bonsu, has admonished Ghanaians to stop tagging the political class as corrupt but rather blame themselves for encouraging corruption.

According to him, monetary demands from citizens especially during internal and external elections push politicians to engage in dubious means to recoup their investments.

Politicians, he argued are not father Christmas to be dolling out money without devising means to recoup what they have spent.

Speaking at the Ministry of Parliamentary Affairs engagement with political parties on Monetization of politics in Ghana – A focus on Solutions, the Suame MP tasked political parties to devise other means in selecting leaders and candidates instead of resorting to the constant elections which breed corruption.

“Next year our constitution will be 30 years and I believe it is time we take action before our people lose faith in the political class…there is nobody who enters politics who is a father or a mother Christmas…in politics you plant today, you will want to reap tomorrow, that is the reality of our time and so if a person is subjected to such huge payments and the person gets elected, his party wins, he is made a minister, contracts are awarded, what do you think will happen, let’s be realistic to ourselves and let’s not pretend…whatever you plant, you reap the same harvest.

“So when people turn around and blame the political class, you are introducing corruption in the system. When you met the person on the highway and robbed him/her of his/her possessions before allowing entry into that city, you think he is a Father Christmas. He gets there, you think he will not be looking to reimburse himself for the next battles ahead…so let’s not blame the political class because we ourselves are encouraging them by our own conduct.”

The Suame MP also questioned the relevance of certain political structures such as regional executives. According to him, political parties can effectively function without the regional branch bureaucracies which serve as another leg to corruption.

Director of research for the NDC, Dr William Ahadzie on his part asked for the state campaign financing debate to be revisited in the quest to reduce excessive monetization of politics and corruption.

Dr. Ahadzie called for a sanctions regime to be introduced for parties who overspend during elections.

Corruption is a problem of law and leadership – Prof. Stephen Adei