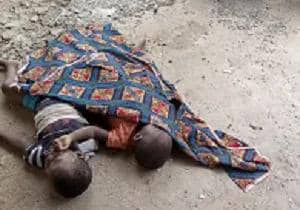 Two children were allegedly drowned in an abandoned water tank at Anwomaso-Domeabra in the Ejisu Municipality of the Ashanti Region.

Bodies of the boy aged 4, and the girl aged 2, were seen floating on water in a two feet block tank at building site in the area.

The unit committee chairman of the area Mr Seth Boakye Dankwa told OTEC News that, bodies of the victims were seen on Thursday floating on the water on November 4, 2021, at about 10-am in the morning.

He added that families of the deceased were thrown into a state of mourning following the drowning of the two members.

Bodies of the two have been conveyed to a mortuary by police in the area pending autopsy.