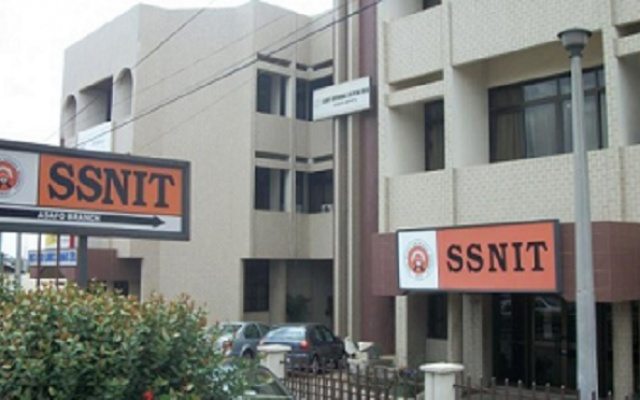 The Social Security and National Insurance Trust (SSNIT) has implored employers to pay the contributions of workers on their right earnings to enable them to get a decent pension on retirement.

Dr John Ofori-Tenkorang, the Director-General of SSNIT, who made the call, said the amount a retiree received as pension was a reflection of his contribution history and charged employers to prioritise the pension of their workers.

Dr. Tenkorang made the call while addressing breakfast meetings with employers in Kumasi.

Dr John Ofori-Tenkorang pointed out that if employers declared small basic salaries of their workers to the Trust and paid them huge allowances, the worker would be worse off during retirement.

The meeting, which was the second session after a similar exercise in Accra, was aimed at strengthening the relationship between SSNIT and employers to deepen their understanding of the operations of the Scheme.

It also sought to enable the employers to appreciate how the regular payment of workers’ contributions could enhance their commitment, loyalty and also improve productivity.

The breakfast meeting with employers instituted by SSNIT in 2019, formed part of efforts to improve service delivery to its stakeholders.

The theme chosen for this year’s engagement was, “Social Security: Employer Compliance and its Impact on Businesses and Employees’ Morale.”

Dr Ofori-Tenkorang said human resources was one of the valuable commodities that grow businesses if properly harnessed and that it was important for employers to seek the welfare of employees beyond active service.

The role of SNNIT, according to the Director-General, was to help manage the retirement liability of employers by taking that cost off the balance sheets of their businesses when their employees retired.

He said the management of the scheme has eliminated the long process that pensioners had to go through before receiving their end-of-service investments.

He dismissed claims that workers were better off by buying treasury bills as an investment than what SNNIT offered after retirement, saying that SNNIT was the only pension scheme that paid pensioners until they died.