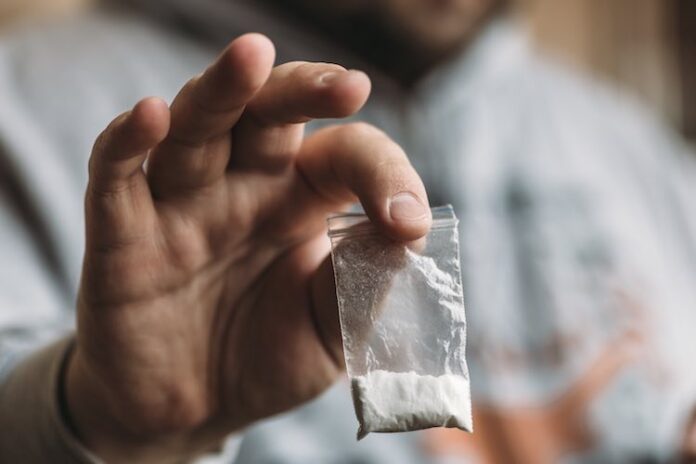 It has emerged that the Police detectives who arrested the infamous MV Benjamin vessel which was ferrying tonnes of cocaine under-declared the quantity of the illicit substance in the vessel.

The police service, in 2006, based upon a tip-off arrested some persons in connection with an offshore vessel – MV Benjamin – believed to be carting narcotic drugs into Ghana.

A member of the detectives in an interview on Angel FM’s Anopa Bofo Morning Show on Monday, October 15, 2021 said that the media at the time reported that 77 parcels of cocaine were in police custody.

However, Detective Norbert Anane Dei, who partook in the arrest of the suspected cocaine smugglers, said that he together with his three colleague officers connived to retain some of the seized parcels of cocaine before submitting the remaining parcels to the police CID Headquarters.

Despite not revealing the exact number of stolen parcels due to security reasons, Detective Anane Dei confessed to Kofi Adoma that the reported figure was far less than what they initially confiscated.

He also alleged that the persons they arrested for possessing the drugs bribed the police for their release.

“When we arrested them, they gave us a 35,000-dollar bribe on the spot to let them go. We took the money and still arrested them…,” he said in Twi on the show.

Narrating the incident further, the detective said that he ended up being a drug addict in an attempt to sell the cocaine they kept to themselves.

“Out of curiosity, I ‘tasted’ the drugs and became hooked and since then I frequently abused it till it cost me my marriage and my job…,” he lamented.

Narrating how the arrest happened, Detective Anane Dei explained that some disgruntled fishermen gave him a tip-off that there was a vessel loaded with cocaine docked offshore around the Kpone-Prampram beach.

The fishermen noted that they have been contracted to cart the drugs ashore but their employers cheated them – they were paid $20,000 instead of the agreed $50,000 – thus the reason for exposing them.

The then detective Anane reported the tip-off to his superiors after which an ambush was laid to arrest the people involved.

Subsequently, some five persons including the vessel owner, Joseph Kojo Dawson, were tried and handed a 25-year jail term.

The news media also reported that some five slabs of the 77 parcels of cocaine retrieved from MV Benjamin went missing from the Narcotics Control Board (NCB).