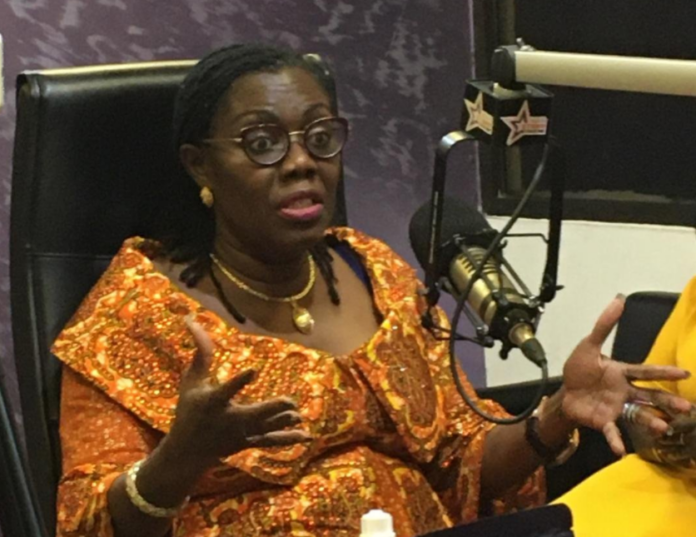 The Minister for Communications and Digitalisation, Ursula Owusu-Ekuful, has revealed that the government is likely to raise over Ghc500 million a month from the newly introduced E-Trasanctions levy.

The Communications Minister added that the government is also likely to raise over Ghc9 billion annually from the newly introduced e-levy.

Reading the 2022 budget on Wednesday, November 17, the Finance Minister, Ken Ofori Attah said to compensate for the abolishment of road tolls, the government is looking to introduce innovative ways of raising revenue such as the proposed 1.75% phone transactions levy payable by mobile money users per transaction above GHC100.

He said this will help the government to shore up revenue inflows to fund road projects in the country.

“Total value of transactions for 2020 was estimated to be over GHS 500 billion Cedis compared to GH¢78 billion Cedis in 2016 just 5 years ago, while total mobile money subscribers and active mobile money users have grown by an average rate of 18% and 16% respectively between 2016 and 2019. Mr. Speaker, it is becoming clear there exists the enormous potential to increase tax revenues by bringing into the tax bracket, transactions that could be best defined as being undertaken in the “shadow economy”.

“After considerable deliberations, the Government has decided to place a levy on all electronic transactions to widen the tax net and rope in the informal sector. This shall be known as the “Electronic Transaction Levy or E-Levy.”

Speaking on GH Today on GHONE TV on Thursday, November 18, Mrs Owusu-Ekuful said the decision to introduce the E-levy is a more robust and prudent way to raise revenue for the development of the country.

According to her, the majority of transactions and businesses have moved online and it is important that attention is paid to that sector to generate the needed revenue.