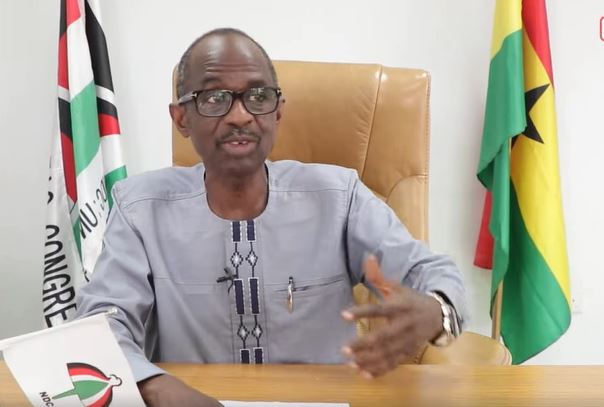 This follows his road toll directive that saw the cessation of road toll collection across the country barely 24 hours after the 2022 budget was read, even though it had not been approved by parliament.

The Akufo-Addo-led government has proposed the scrapping of road tolls in the 2022 budget.

Although the budget has not been approved yet, Mr Amoako-Atta has already directed that no one should pay road tolls.

Unhappy with his directive, parliament, through the Speaker, Mr Alban Bagbin, directed the minister to immediately reverse his order.

The minister explained that his order was to prevent confusion and fisticuffs at the tollbooths after the finance minister presented the 2022 budget, which contained the proposal to scrap all tollbooths.

Speaking on Accra100.5FM’s morning show Ghana Yensom on Monday, 29 November 2021, Mr Nketia said the transport minister has caused financial loss to the state and a future government must haul him to answer for that.

He said: “When you announced that the road toll introduced by parliament has been cancelled and, so, no one should pay road toll, you’ve broken the law…”

“As of now, the monies they need to collect that they are not collecting, when a better government comes, he [Amoako-Atta] has to be invited to answer for causing financial loss to the state”, Mr Asiedu Nketia said.

The government is replacing the road toll with a new tax called the e-levy on all electronic transactions.

Ato Forson, 2 others charged for causing financial loss of over €2.37M to the State