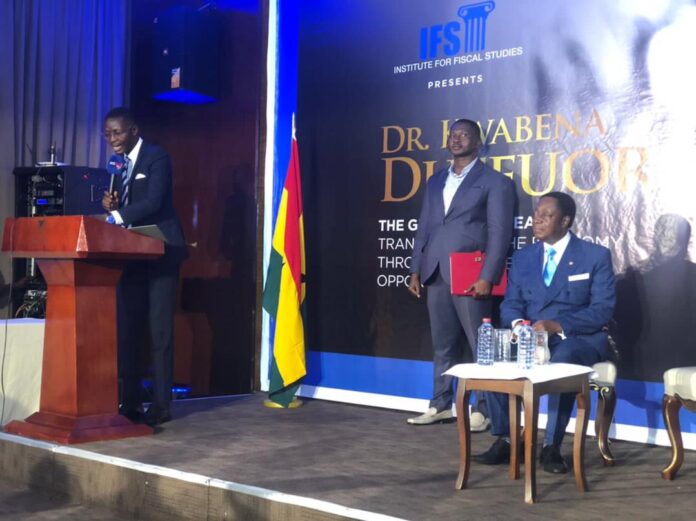 The former Minister of Finance, Dr Kwabena Duffuor has revealed that more than half of Ghanaians in employment are earning a very low income.

According to him, a low rate of formal employment would affect the government’s revenue generation, particularly with taxes adding that there is a high incidence of underemployment affecting 21.4% of the employed population.

“Among the employed 66 per cent are in vulnerable employment meaning they earn little and their jobs are insecure. And about quarter of such people are unpaid family workers while the rest are in self-employment with irregular income susceptible to shocks,” he added

Dr. Duffuor made these statements when delivering a lecture organized by Institute for Fiscal Studies on the theme: The Ghanaian Dream; Transforming the Economy through Job Creation and Opportunities for all’ held at the Tang Palace Hotel in Accra on Monday, 29th November 2022.

The former Governor of the Bank of Ghana stated that as much as 20% of the employed population have had no formal education while 54% have basic education and just 16% have higher education.

“Not only does unemployment cause poverty but higher crime rates. Children with unemployed parents don’t do well academically. The inability to create good jobs and gain sustainable jobs for the young people will foster the problem of inequality. It’s also an issue of gross economic inefficiency.

“Although the officially measured rate of unemployment is about 8.4% as of 2017,  and there’s a concern for young people’s access to decent employment. Without a transformation of the current economic structure, employment opportunities will remain limited,” he added.

He, therefore called for the training and an educational system that should be geared towards making the trainees innovative, critical thinkers and technologically adaptable.