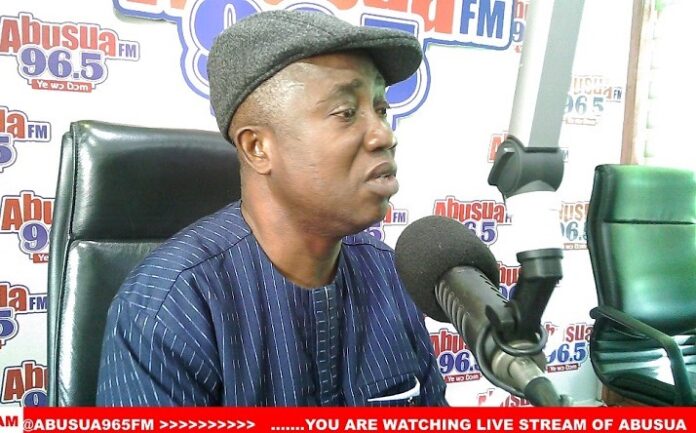 The Chief Executive Officer of the Obibini Blackman Company Limited Dr. Thomas Kofi Dompem has disclosed that many business moguls are bearing the brunt over some unpopular government decisions but fear lamenting over being blacklisted.

According to him the imposition of some obnoxious taxes on their businesses is overwhelming and may cripple budding and existing enterprises.

But business people are afraid to criticize over fears of being targeted by the state.

He cites Coca-Cola, and other businesses to have collapsed due to irresponsible taxation and unstable electricity all over the country.

“As I speak with you now, the frequent power outages destroy my equipment every day, and I have no choice but to buy new ones. So Just imagine doing all of these all the time, do you think I can make profit that will effectively sustain the business, he quizzed?

Speaking on Kumasi-based Abusua FM with host Kojo Marfo, the business Mogul was worried that despite the high taxes business persons pay, government seems not to properly utilize the taxes in making the business environment viable.

Dr. Kofi Dompem says government officials only know how to force people and to take taxes but they don’t know how to develop the country with those same taxes.

He said “government will collapse our businesses with high taxes, even now our businesses are just struggling. We pay huge electricity and water bills and other taxes almost all the time and making things difficult for us. But my worry is that after government takes all of these taxes, they don’t use the money to do anything. Roads, hospitals among other things are all looking deplorable.”

Dr. Dompem further stated that government only realizes the existence of business people when the election period is approaching.

He says within that time frame government will always come with several mouthwatering initiatives to win their hearts but immediately after winning the election they forget about them.

“We have business associations here in Kumasi, and I can say for a fact that we’ve tried inviting many government officials to come and meet with us to discuss some important business issues but they didn’t come, he revealed.