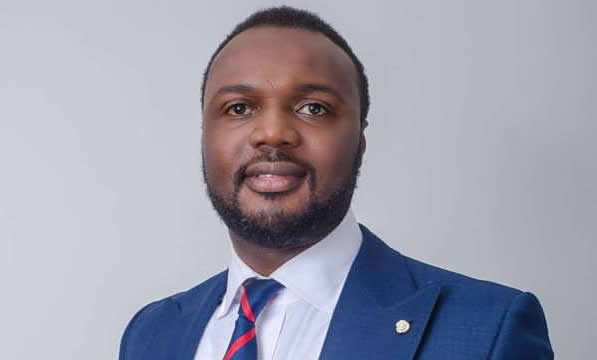 The Commercial Division of the Accra High Court presided over by Justice Eric Kyei Baffour has ordered William Ato Essien to open his defence after failing to conclude negotiations with the state to pay compensation.

The former CEO of the Capital Bank William Ato Essien together with Tetteh Nettey and Fitzgerald Odonkor have been asked to open their defence to respond to some 23 charges including stealing.

On October 14, 2021, the first accused person and his lawyers told the court they are willing to reactivate section 35 of the court acts and negotiate with the state to pay compensation.

The court, therefore, ordered that he would be made to open his defence regardless of where negotiations have reached.

However in court on Thursday, November 4, Chief State Attorney Mrs Mariana Appiah Opare told the court that though “negotiations have started and we are still on it. We are not done yet.”

According to her, “they presented some proposals which are unacceptable to the prosecution. Subsequently, only yesterday, we received a letter via WhatsApp not formally, to the office but to me personally that, they have agreed to our counter-proposal communicated to them on June 2020.”

The prosecution said, “This letter is yet to be formally received by the AG before formal discussions are held with counsel and his team on this latest proposals.

“This is where we are now. But as indicated by My Lord on the last adjourned date, irrespective of where we have reached with negotiations, the case should go on.

Counsel for Ato Essien, Baffour Gyau Bonsu Ashia also told the court, “We did indeed sent a proposal to the prosecution which was totally rejected and same communicated to us.

“My Lord, on June 16, 2020, the prosecution rejected an earlier proposal that has been sent for consideration,” he noted.

It was the case of counsel that, “Because this is a counter-proposal that came from the prosecution, We are 100% sure it cannot be refused at this point in time.”

He also told the court, “We sent the proposal through WhatsApp yesterday and I am following it up with a formal letter bearing in mind the essence of time.”

He argued that “Even though this court made an order that, despite the outcome of negotiations, A1 ought to enter the box and open his defence, it is our humble plea that this court indulges us for the last time in order to solidify, what we agreed on.”

Responding to counsel for the accused person’s argument, the Chief state attorney said, “It is important to note that the proposal of the accused is in relation to GHc7.5 million.

She said, “nothing has so far been made of the other charges even if the prosecution accepts their proposal, A1 will still have to answer to other charges.”

Justice Eric Kyei Baffour, a Justice of the Court of Appeal said “I have listened to the learned Chief State Attorney and I have also attended to the submission and prayer of learned counsel for the first accused.

“I have noted the attempt underway by the first accused to take advantage of Section 35 of the Courts Act 1993( Act 459). I have noted in particular the prayer for A1 to be afforded more time to conclude negotiations and a further date for him to open his defence.

The court has no hesitation at all in granting the prayer for more time for the parties to continue their negotiations.

“But the court is unstable to accede to the prayer to defer the opening of the Defence of the first accused for a number of reasons.

It will therefore do the court no credit in the proper management of the trial to adjourn proceedings to abide by the conclusion of a negotiation for which the parties may invariable come to this court for A1 to open his defence.

The question will be, what then will have been the purpose in holding the trial in abeyance when an accused person is entitled to a trial within a reasonable trial as a constitutional right guaranteed in the constitution.

2. To be forewarned is to be forearmed and the court did give a clear indication at the last adjourned date that notwithstanding the state that negotiations has reached A1 was to psyche up his mind and prepare adequately to open his defence of Nov 4. I do not intend to rescind from this direction.

3. The court is being told that A1 is not well, this being a court of record and the claim of A1 being sick, not backed by any evidence whatsoever, I am entitled to assume that there is no evidence compelling enough to convince the court that A1 is not in the position to speak. For the above reasons and for the economy of time, is invite A1 to open his defence.