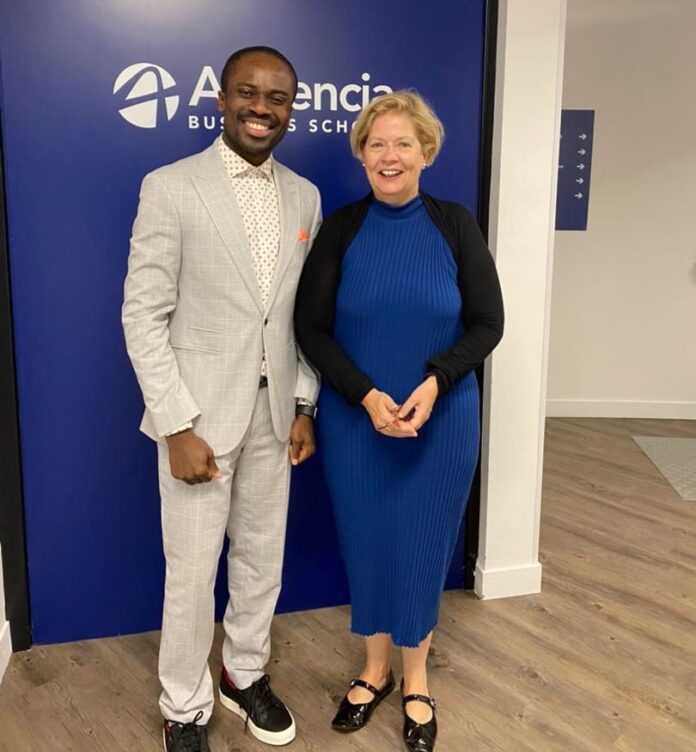 Ace sports journalist and media manager, Ernest Koranteng has graduated with a Doctor of Business Administration Degree from the Toulouse Business School in France.

Ernest left his role as Head of sports and host of Metro TV’s flagship sports program, Sports File in January 2018 to study for a terminal degree after one and a half decades working as a journalist and media manager. His journalism and media management career took him to the most prestigious organizations including The Multimedia Group and Metro TV.

A viral video circulated widely almost four years ago in January 2018, showed the celebrated radio and television personality indicating a break to his media career after 15 years as he thanked employers, bosses, colleagues, and fans for their support.

Prior to gaining admission at Toulouse Business School in France and leaving the inky fraternity, Ernest Koranteng rose to prominence and celebrated status as the youngest, vibrant and most iconic Group Head of a department at the Multimedia Group Limited, owners of (Joy Fm, www.myjoyonline.com, Adom Fm, Hitz Fm, Luv FM, Nhyira Fm, Multi TV) in charge of Sports. He became a household name hosting sports programs on Metro TV including the Black Stars Diaries that covered the Ghana national football teams’ behind the scenes activities at major international tournaments including the Africa Cup of Nations and FIFA World Cup. 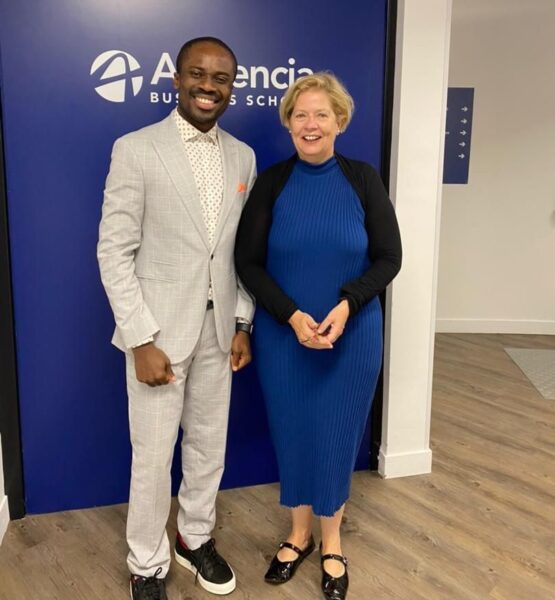 Prior to his full-time Doctoral studies in France, Ernest built an enviable knack and experience of attending and reporting on several local and international sporting events including seven (7) African Cup of Nations tournaments in countries like Angola, South Africa, Equatorial Guinea, Gabon, Egypt. His vast experience of covering competitions also include FIFA World Cup tournaments with the Black Stars of Ghana in South Africa and Brazil as well as junior national football teams across the Black Starlets, Black Satellites and the Olympic Football teams to places like Turkey, South Korea, Switzerland and New Zealand. Ernest Koranteng, an extensively-traveled journalist, reported on more than 100 international games across club and national team rosters, and the Olympic Games.

By this academic achievement, Dr. Ernest Koranteng joins an exclusive class of icons who followed up stellar sports broadcasting careers with academic studies to acquire Doctorate Degrees in chosen areas of interest at home and abroad.

Dr Kwaku Ofosu Asare made his name as the host of the Sports Beat program on GTV. He has since been back on the screens on GTV as well as working as a lecturer and consultant to the Sports Ministry and National Sports Authority.

Dr Randy Abbey has been the face of Metro TV’s Good Morning Ghana program for more than a decade after working in his formative years on radio as a sportscaster with Radio Gold and Choice FM.

It remains to be seen if Dr. Ernest Koranteng will return to the Ghanaian media space in any capacity or role, having worked and built a reputation as one of the most iconic practitioners and managers in the last two decades.