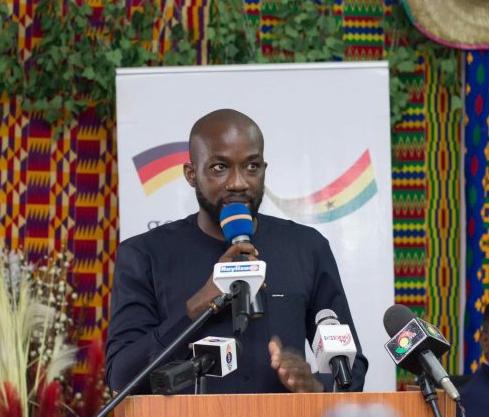 Chairman for the Volta, Eastern and Oti Chapters of the Association of Ghana Industries (AGI), Mr. Dela Gadzanku has commended government’s decision to reverse its benchmark value policy, noting that the decision will bolster local production and trade.

The Ghana Revenue Authority (GRA) in a letter forwarded to the Finance Minister, Ken Ofori-Atta, signed by the Commissioner-General, Rev. Ammishaddai Owusu-Amoah revealed that effective November 15, the removal of the 50% Benchmark Values on 32 categories of items at the ports will begin.

This according to Mr. Gadzanku is a welcome decision and while stating that the AGI was one of the institutions that repeatedly urged government to review the benchmark value policy.

He was speaking at the official opening ceremony of the 5th Volta Trade and Investment Fair being held at the Ho Sports stadium under the theme: Promoting Sustainable Trade and investment.

He said, “We repeatedly urged the government to uphold its favourable review of this important policy in the context of Ghana’s business economy, which was bleeding huge profits under this policy.”

“It is our deepest relief to hear that the government has heeded our call for change. I will therefore convey our gratitude to the government for making such a prudent decision to bolster trade.”

Though the decision has been criticized by GUTA and other importer associations, the AGI Chairman believes it is a demonstration of government’s commitment to import substitution as a major policy for local development.