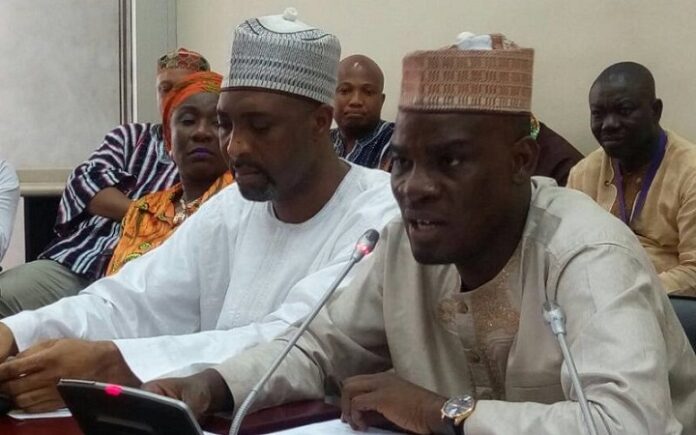 The Minority in Parliament has served the strongest notice that it will not support government in its attempt to to impose a 1.75% levy on mobile money and other electronic transactions that exceed GHS100 per day.

The levy which is contained in the 2022 budget and economic policies presented by Finance Minister, Mr Ken Ofori-Atta to Parliament on Wednesday, forms part of efforts by the government to raise revenues to prosecute its development agenda.

But speaking on Saturday at the opening ceremony of a parliamentary post budget workshop underway in Ho, the Minority Leader, Haruna Iddrisu indicated that his side is convinced that the proposed E-levy by government is a disincentive to investment and private sector development and would not support government in pushing through with the move.

He stressed that, “Mr. Speaker, we in the Minority will not support government with the introduction of that particular E-levy; we are unable to build national consensus on that particular matter.”

The Minority leader went further to state that taxes are supposed to be imposed on income and revenue, thus, finds the proposal by government as a means of taking capital which amounts to double taxing.

“That’s a tax on capital, not on revenue and not on income, and therefore, we have no hesitation serving you notice that we would not be convinced as to the justification of this particular tax measure of an E-levy. It will not promote an inclusive digital economy for our country, it may as well be a victim of double taxation. Mr. Speaker, it is a great danger to the Ghanaian economy and a move back to a cash functioning economy instead of a drive towards a paperless economy.”

The two-day post budget workshop is aimed at equipping the MPs, Senior Officers of the Parliamentary Service with the skills required for scrutinising and making meaningful contributions to the debates the Budget and Economic Policy of government for the 2022 financial year.

Topics to be discussed at the workshop includes the policy underpinnings of the 2022 Budget, overview of the budget, revenue mobilisation and debt sustainability, employment generation and public sector wages among others.