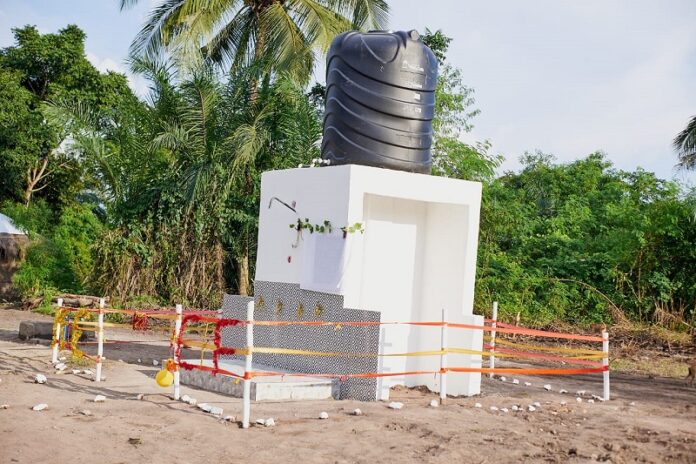 A community-based non-governmental organization, MEG-Community Impact Foundation (MEG-CIF) has commissioned and handed over a mechanized borehole to the residents of Sebekorpe, a farming community in the Ho West District of the Volta region.

The project which was executed at the cost of GHS30,000 was funded by the NGO with support from the Ho West MP Emmanuel Kwesi Bedzrah is meant to alleviate the acute water challenges facing residents.

The community with over 2,000 population have for many years drawn water from the stream – a situation that exposed them to waterborne diseases. 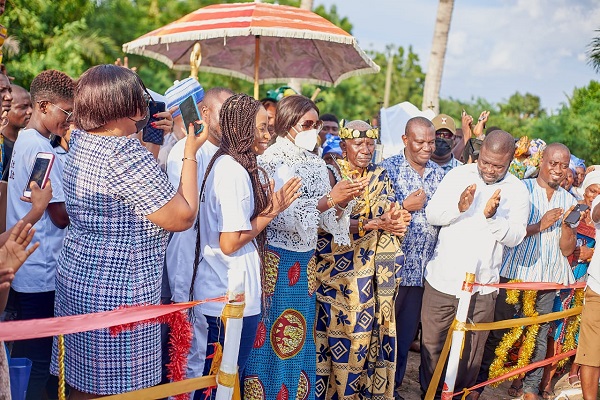 To curb this, a stand-pipe borehole was drilled for them by a former MP for Ho West, the late Agbotse.

Nonetheless, given the growth in the population of the area, a lot more was needed to augment the supply of clean drinking water to the community.

Speaking to the media during the handing over ceremony, the President of the Foundation, Ms Evelyn Glaglozu said she was pushed to initiate the project following an earlier visit she made to the village.

She said, “I was here some two years ago and as custom demands, I was offered water but the water looked so milky and dirty. I went back home wondering why people in this 21st century still live and drink this kind of water. That was really what pushed me to initiate the project. I am glad today we have handed it over to the community and more so, we are doing it to mark my birthday.”

“I believe this particular water project has come to augment to supply of clean drinking water to these people but it doesn’t end there; this community extends a bit far and so we would be needing more support to be able to provide enough water for the population so I am calling on organisations and individuals who are willing to come and support us.”

Some community members who spoke to the media lauded the initiative noting that it will lessen the challenges they face in having to access portable water.

The handing over ceremony was graced by Ms. Joyce Bawa Mogtari, a spokesperson to Former President John Dramani Mahama who urged the community folks to make good use of the facility in ensuring that it lasts for many years.