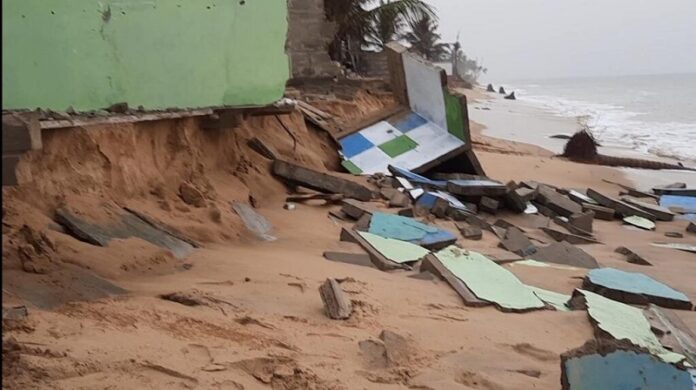 The Anlo Youth Council has called on the government and its mandated agencies to urgently respond to the tidal wave disaster that has ravaged the people in the Ketu South constituency of the Volta Region with a coordinated strategy.

According to the youth, this will prevent losing the rest of the land strip to the sea.

Over one thousand five hundred (1500) households and sources of livelihood have been affected with not less than ten thousand people displaced following the destruction caused by the tidal wave.

The Anlo Youth Council in a statement signed by Seth Doe, the group said “We would like to use this opportunity to call on government to make public its policy on coastal erosion especially the Anlo Coast which is the most vulnerable and estimated by experts to be receeeding at the rate of 2.2 metres per annum as against 0.6 metres by the rest of the country’s coastline. The destruction to property and the displacement of several people in peacetime is a disruption to livelihood generation activities.”

It added: “The impact of this large scale displacement coupled with the prolonged closure of the country’s borders as part of measures to fight the COVID 19 pandemic has already created unsustainable, intolerable and inhumane living conditions.”

The group entreated the National Disaster Management Organization (NADMO) to urgently provide relief items such as food, tents, building materials for the victims.