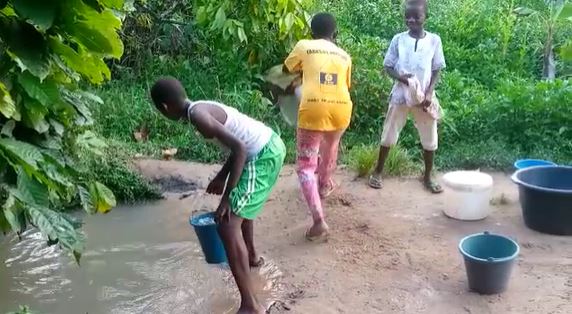 Residents in Ekwamoasi in the Ajumako Enyan Essiam District of the Central Region have resorted to using sachet water to bath after an acute water shortage hit the community for the past five months.

According to the residents, the breaking down of their five boreholes has made the situation worsen each passing day and has led them to depend on stagnant water which they share with animals such as pigs and cows.

The CHPS compound in the community which serves over six other communities in the area does not also have water to carry out its work. 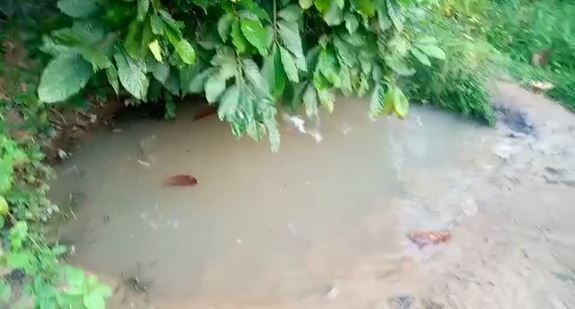 The residents say they cannot continue to afford bathing with sachets water which as it’s costly hence appealing to the Member of Parliament for Ajumako Enyan Essiam Constituency Hon. Ato Forson to come into their aid and help renovate the borehole for them.

Speaking in an interview with EIB Network Central Regional Correspondent Yaw Boagyan,  the Assembly Member for the Ekwamoasi Electoral Area Hon. Isaac Beisi Acquah said though the community repairs the boreholes anytime they get spoilt, the community is not in the position to foot that bill this time around. 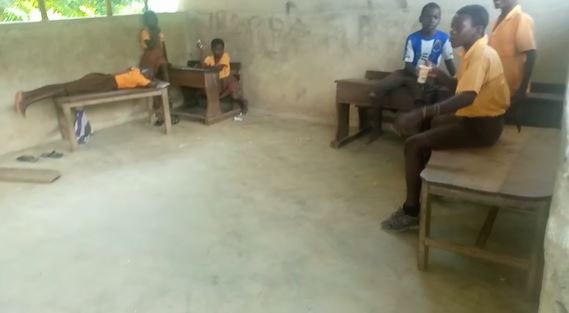 Aside from the water issue, the assembly member appealed to the MP to support the Kososan Basic School with desks as the lack of it has resulted in the pupils sitting on blocks and sometimes bare floor to learn which doesn’t promote effective teaching and learning.

The District Chief Executive for Ajumako Enyan Essiam District in an interview assured to attend to their needs and solve their problems.